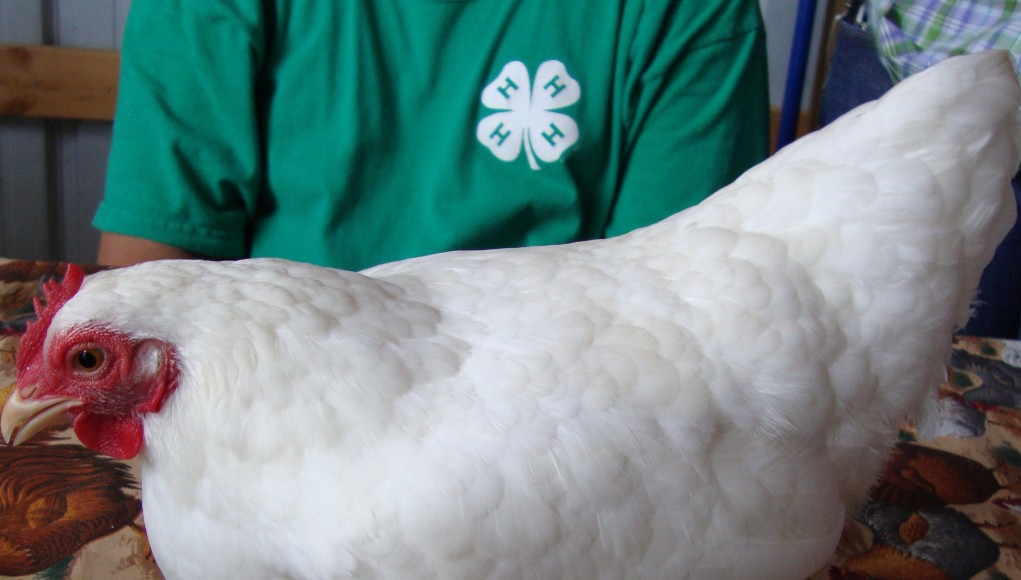 4-H’ers can complete their poultry projects even though the threat of the H5 avian influenza virus will prevent them from taking their birds to the Indiana county and state fairs this season, a Purdue Extension 4-H youth development specialist says.

Showing and competing at fairs is not a requirement for completing projects and is only one part of the total learning experience 4-H’ers have with their animals, noted Aaron Fisher, who works primarily in 4-H animal science projects.

“The emphasis of the 4-H projects is on young people learning about their animals,” Fisher said. “Showing and selling certainly are valuable experiences, but the greater value of 4-H is the overall learning experience that comes with raising and caring for their animals on a daily basis.”

The Indiana State Board of Animal Health decided Wednesday (May 27) to prohibit the commingling of birds from different locations, including at shows, exhibitions and public sales. The restriction applies to all county fairs and the Indiana State Fair.

Indiana joined at least 10 other states from Maryland to South Dakota that have taken similar action because of the spread of highly pathogenic avian influenza. BOAH said 16 states, primarily in the upper Midwest, have had diagnosed cases resulting in the deaths of more than 40 million birds. It said one “backyard” flock in Indiana was diagnosed with it in early May.

BOAH said its action was taken to protect Indiana’s poultry, including backyard flocks. It said that while the influenza is deadly to domestic poultry, it does not present a threat to food safety. In addition, the Centers for Disease Control considers the virus to be of low risk to human health.

BOAH said the restriction likely will stand through the end of this year.

Fisher said 4-H’ers often learn how conditions such as diseases affect poultry owners and producers large and small – in this case a prohibition of poultry exhibits at Indiana fairs this year.

“This, too, is a learning experience,” he said.

Fisher said it will be up to each county to determine how 4-H’ers with poultry projects can still participate in its fair, perhaps such as by showing photos of their birds and talking to fairgoers about their projects.