“Therefore to him that knows to do good, and does it not, to him it is sin.”- James 4:17 Theologians describe this biblical reference as the sin of omission, or as one commentator described it, “Sins of omission are acts left undone, things that God expects us to do, but we don’t do them.”  Those who oppose the use of GMOs and antibiotics in food have been guilty of omission.  Now, before I proceed, let me clarify that I am not  suggesting that being opposed to biotechnology or antibiotics is a sin or in some way a violation of biblical participles, although God did turn Lot’s wife into a pillar of salt not a pool of gluten-free, organic tofu. I am simply suggesting that they are purposely leaving out key facts in their recent statements on GMOs and antibiotics.

Recently Chipotle, the Mexican restaurant chain, has made the “groundbreaking announcement” that it’s now GMO-free. According to the announcement they want to serve “food with integrity.”  However, honesty is evidently not part of integrity. Not mentioned in the headlines is the fact that the fast food chain will still serve soft drinks made with high fructose corn sweetener, or aspartame (in their diet drinks) and that most of the meat comes from animals that were raised on GMO feed.

While the activists were celebrating what they call a victory and a changing standard for fast food, even the media was expressing skepticism about the announcement. The Chicago Tribune called the claim muddled, “What troubles us is that Chipotle has embraced the fearmongering of some food, environmental and health activists who have turned “GMO” into a dirty word. By declaring its goal to eliminate GMO food from its kitchens, Chipotle may be pleasing its health-conscious guacamole fans, but it is missing an opportunity to educate them on the nuances of food science.” The Wall Street Journal pointed out that this is just another grand announcement by the chain,  which seem to come at regular intervals, “Chipotle rolls out a new claim about organic ingredients or friendly treatment of animals to keep its brand fresh in the public’s mind.” The Journal calls these claims “puffery.” Puffery is “an exaggeration or overstatement expressed in broad, vague, and commendatory language.” On the farm, we call this “bull.”

On the heels of the Chipotle pronouncement came news that Tyson was going to eliminate the use of antibiotics from their chicken production. Tyson, the largest chicken producer in the United States, said it “will attempt by 2017 to eliminate the use of human antibiotics in its U.S. broiler flocks.”  Most of the hoopla that issued from the anti-antibiotics crowd omitted the word “human” from their statements, giving the public the false impression that all antibiotics were being cut from poultry production. Tyson will continue to use drugs to keep their birds healthy, as they should. Tyson still will use a class of antibiotics called ionophores that are not used to treat humans. While the link between antibiotic use in livestock and human resistance to these drugs is tenuous at best, the FDA is under increasing pressure to impose some kind of ban. The Obama White House has pledged billions of federal dollars to research on this issue, although Congress is not likely to approve or fund this grand plan.

The timing on these announcements is also suspect since bills dealing with GMO labeling and with the use of antibiotics are both before Congress. All this may have more to do with profits and politics than with food and nutrition.  So it is no wonder that the American public has no flipping idea what or who to believe.

The American Soybean Association issued a statement this week calling for a different approach, “Abandon the scare tactics and join us in our effort to provide clarity to this conversation.” While this is laudable, this approach does not sell tacos or pressure government agencies to impose regulations, which is what those who oppose GMOs and antibiotics really want.

Yet, the cynical response in some quarters to the Chipotle and Tyson announcements gives me hope that some people are beginning to  see the sins of omission and ask some good questions. 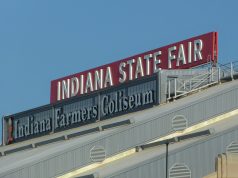 ‘As I See It’ by Gary Truitt: The Dumbing Down of the Indiana State Fair 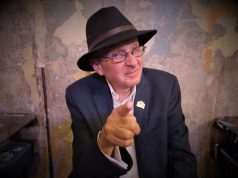 ‘As I See It’ by Gary Truitt: Don’t Take Us for Granted