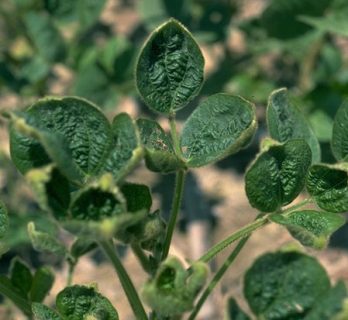 Dull’s Tree Farm in Boone County was host to the Purdue Extension Central Indiana Field Day on Wednesday. Many topics were discussed including land values and cash rents, cover crops, drone demonstrations, and an entomology update. Joe Ikley, Weed Science Program Specialist at Purdue, was on hand to discuss weeds and the latest coming out of the Office of Indiana State Chemist. Ikley says dicamba complaints are up slightly from this time a year ago. 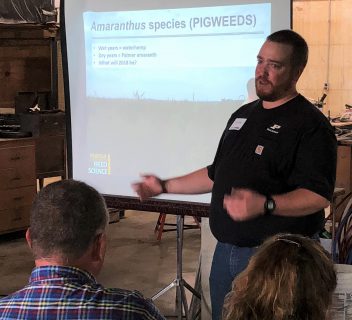 “If you want to put that in perspective, we doubled our Extend acres, complaints did not double, so some would view that as a good thing. But we also have more dicamba tolerant soybeans in the environment, so less very sensitive crops out there to injure.”

Ikley says he does believe that dicamba application trainings put on by Purdue Extension had a positive impact.

“Spray booms were lower than in past years, it seemed like. I know that the companies gave away nozzles. So, if we look at two parts of the label, booms were lower, and everyone had the correct nozzles in their hands. So, trainings and nozzle giveaways helped there. We also did have better weather conditions this year than last year. We didn’t have as many very windy days in June.”

Ikley added that a decision from the EPA regarding the dicamba label will hopefully come in a couple weeks. In his presentation, he said it was his belief that the EPA would keep the label as is and allow states to adopt tighter restrictions. A separate source told HAT that if that would happen, you can expect Indiana to adopt stricter regulations.

Ikley also said that if training is a requirement, it will look a bit different in Indiana this year.

“Purdue Extension will not be doing the training if we do have to get the training again. So, if the label is renewed and training is mandated, Purdue Extension won’t be doing the mass training effort that we did last year. Simply because of a cost and time effort. (We) put a lot of effort into that last year and we don’t see ourselves repeating that same effort going into the 2019 season.”

Ikley specified that they will likely have some trainings, but it won’t be the nearly 200 training sessions held this past year.