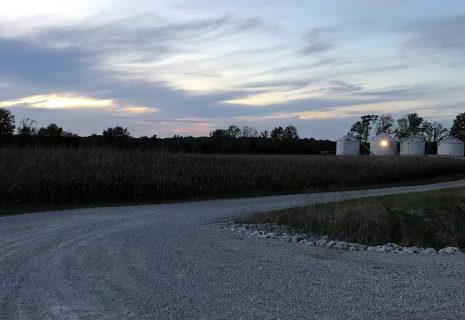 It’s one of the smoothest harvest seasons she has seen after an early start and still about 70 percent of the corn and soybeans to be brought in. Technical agronomist Kirsten Thomas-Garriott handles twenty-one counties in central Indiana’s I70-I74 corridor. Farmers there have had a great start to harvest especially with corn yields.

“Tremendous performance considering some of that late June, early July heat stress that the crop went through,” she told HAT. “Performance overall has been good, however as we all know yields vary farm to farm and management system to management system, so there are some differences. But, overall we’re pretty happy with performance so far in Indiana.”

She said corn has been a bit better than soybean yields, all though on average the beans have been good. She calls the yields pretty impressive but there are some grain quality issues here and there.

Thomas-Garriott reports rain totals over the weekend from near five inches to under an inch, so harvest is mostly on pause. Like the varied rain totals, the timeframe for returning to harvest will vary. 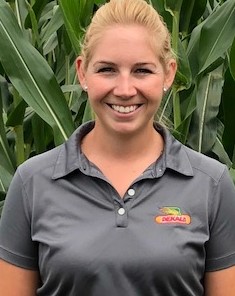 “The length of time that people will be out will vary drastically county to county, area to area. A lot of people are still working on their soybeans and we need dry conditions especially to harvest soybeans. With modern equipment most people can run corn even if we do get some sprinkles this week. But it will vary throughout my geography as to when people can start back up again.”

HAT has reported plenty of soybeans being cut this year before the corn had begun. Thomas-Garriott has seen the same shakeup from the norm.

“More people are changing up their harvest order,” she said. “A lot of people are starting in beans. Some people started early corn and then go to get all their beans done and go back to corn. I’ve really seen a mixed bag this year and I do have some people who have some smaller operations and have almost all their corn done and are now working on beans.”