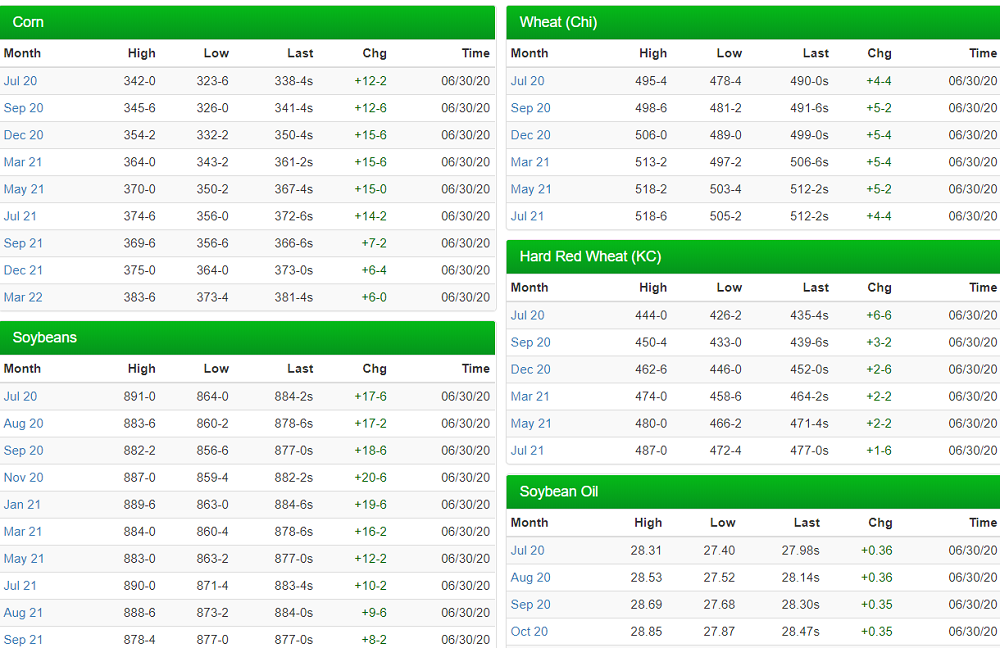 A big boost for the corn and soybean futures market Tuesday came from USDA reports that often have market moving surprises. This year in USDA’s quarterly grain stocks report corn planted acres were pegged at 92 million, below even the lowest estimate. Those figures were enough to rally prices, according to John Zanker with Risk Management Commodities in Lafayette.

“The slightly over 92 million acres was about 3.2 million under the average trade estimate, down almost 5 million from the March estimates,” Zanker said. “Last year we had a big shocker on that corn number and it was a nightmare. This year, this is a pretty good thing. We’re currently looking at corn futures up 16 cents,” he said about an hour before the Tuesday close.

Zanker calls it a major surprise with good price action that followed. The planted soybean acres rose and that was expected, but the rise was lower than most estimates.

“One would have expected after looking at that corn number that we’re going to have a bearish bean number, but soybean acres at 83.83 were actually under the trade estimate of 84.7 and just barely above the March by 300,000 acres. So, beans are having an awesome day as well.”

Quarterly corn stocks fell to 5.224 billion bushels, higher than expected, and soybean stocks at 1.386 billion fell to a number within trade expectations. Hot and dry weather forecasts are now supporting markets as well, but Zanker feels the major surprises in USDA’s numbers could continue to impact the corn market in a positive way.

“When you look at the planted acres number, we’re going to lose 800 million acres of production right at the start here, so instead of a 3.35 projected carryout for the new crop, we could be looking at a 2.55 and that just changes the attitude,” Zanker told HAT. “That’s about a 50 cent difference at least, and that doesn’t mean we’re going to get that right away.”

But he says it could mean the market might not go as low as feared just minutes before the report came out.