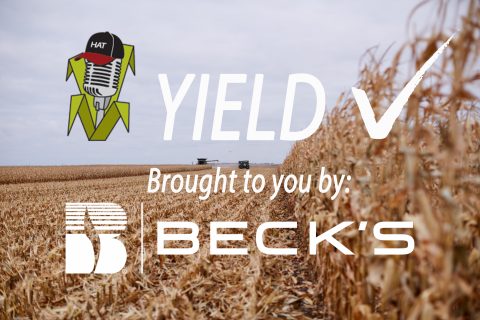 It’s time for another Yield Check from Beck’s. How are soybean yields looking in northern Indiana?

“There’s good and bad,” says Beck’s Field Sales Agronomist Travis Burnett. “I’d say overall I think most guys are maybe a little disappointed now that they’re into the beans compared to how they looked early in the year.”

He points to August when we had very dry weather across much of the state.

“I’d say most of those areas where it got dry, mid-40s is kind of a number that I’m hearing a lot of, 40 to 45-bushel soybeans there where it got really dry in August. However, those places where you were lucky enough to catch rain, I’ve heard field averages in the 70s and 80s. So, it’s really all over the board.” 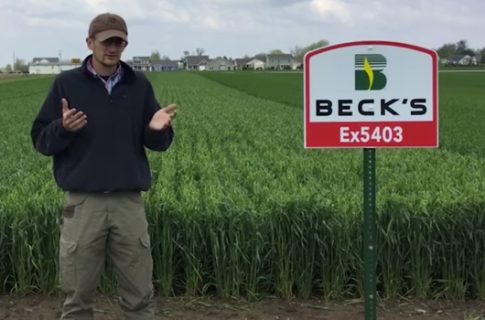 “Anytime we abort pods late into the reproductive stages, we’ll have a higher percentage of those green stems. So, essentially, there’s a bunch of energy that has nowhere to go. It’s called a source-sink relationship. When there are no pods, there’s nowhere to put all that energy and that energy gets stored in the stem. So, that’s why you’re seeing a lot of that. Typically, if you pull one of those plants, you’ll see there’s very few pods on those plants that have green stems and that’s what’s causing that.”

Weather last week was not conducive to harvesting soybeans due to cloudy and rainy conditions, so many moved over to corn. Burnett says corn yields have been very good for the most part.

“Again, in the very droughty parts of the state, up in northwest Indiana in the sandier soils, they’re always a week away from a drought up there it seems like, so again where they didn’t catch rain there it burnt up pretty quick and yields are not great, but that’s pretty much par for the course for that area. Other places of the state, I’d say we’re above average corn yields most other places. A lot of 200+ bushel corn up to 240 to 250 in some of the better areas of the state.”