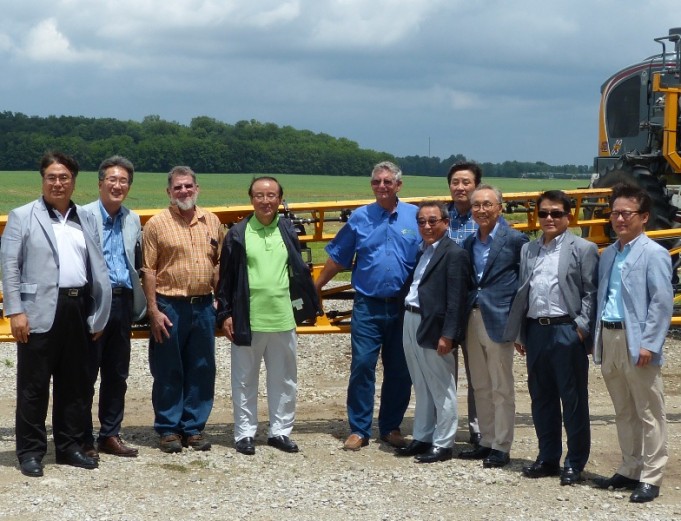 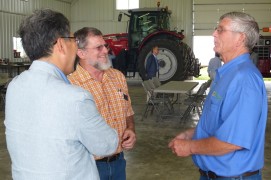 During their visit to Indiana this week, a Korean group from soybean feed and crushing companies was able to inspect the quality of Hoosier soybeans. The U.S. Soybean Export Council is leading the U.S. tour with help from state associations like the Indiana Soybean Alliance.

“What we are promoting to them is soybean meal produced from U.S. soybeans is better than any other soybean meal,” said USSEC Country Director for Korea Say Young Jo. “We wanted to them to see what’s going on on the farm side and to interact and communicate with growers and understand why they are growing what they are growing and what benefit Korean end users would have from having this consistent and stable and sustainable supply source.”

Part of these USSEC tours is encouraging the team to establish new relationships with U.S. farmers, traders and suppliers. One of those farmers they met is Levi Huffman, an ISA board director from Tippecanoe County. He thinks it’s important for international customers to know that suppliers in Indiana are mainly family farmers.

“I think it’s an opportunity for them to see the United States and how we operate from a family standpoint business-wise, and that their beans are coming from family operations mainly.” 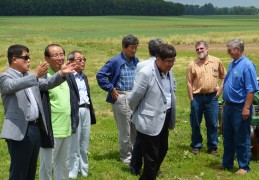 Sixty percent of U.S. soybeans are sold overseas and host farmer Mike Beard near Frankfort likes seeing those customers on his farm.

There has been recent soybean growth in the Korean market. The U.S. exported 20 million bushels of soybeans to South Korea in 2013, a figure representing 54 percent of their soybean imports.