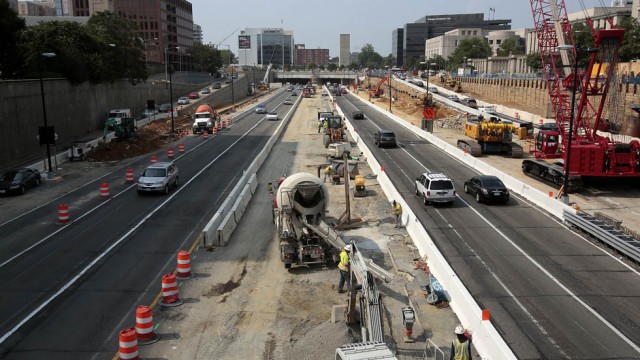 Mike Steenhoek, executive director of the Soy Transportation Coalition (STC), says looking at it through the transportation lens, there a many things that create optimism for rural America. One of those is upgrades to bridges.

“Every farmer I know, they all rely on a series of rural roads and bridges to be the first link in the overall supply chain,” he says. “If you don’t have that system, the ultimate transaction never occurs—supply never meets up with demand. The fact that this American Jobs Plan does identify the need to improve 10,000 rural bridges throughout the country, that’s something encouraging to us.”

The STC has long been advocating for a comprehensive infrastructure plan.

“We also appreciate the fact that there is specific mention of some of the other modes of transportation that are very important to agriculture, and that includes the inland waterway system and our ports,” says Steenhoek. “$17 billion has been proposed within the American Jobs Plan to improve those modes of transportation.”

More than half of the U.S.-produced soybeans are consumed outside the country. Steenhoek says having waterways specifically included is a benefit for soybean farmers to get their product to customers.

“The inland waterways has been neglected by both Republicans and Democrats over the years, so the fact that this jobs plan does specifically mention that and commits some resources toward it, that’s something we appreciate as well,” he says.

However, Steenhoek does have some doubts.

“The big concern I have and others is the fact that there are a number of very significant spending categories within the American Jobs Plan that really don’t conform with most American’s definition of infrastructure,” he says. “Whenever you start adding significant and controversial spending categories to a proposal, the probability of passage goes down rather than up.”

There’s also tax proposals integrated into the plan that Steenhoek believes could hinder passage through Congress. Steenhoek adds that this plan is not a done deal. He hopes the opportunities to improve the ag supply chain will be retained in what passes.