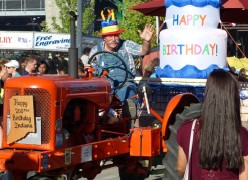 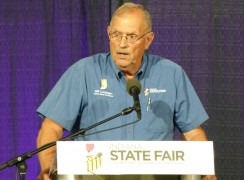 “I think we’ve had a really good fair and we’ve had the opportunity in a lot of places to teach fairgoers about agriculture, and that’s one of our pillars, agriculture and education. We’ve had that opportunity. Some of the rainy days that chased people into the buildings gave us an opportunity to do more education.”

For 4-H’ers the fair wrapped up Sunday night with the 4th Celebration of Champions, an event that has replaced the annual state fair auction. There have been hurdles since the change was made, but Leininger is happy with the progress of the celebration event, which handed out roughly $100,000 to 4-H champions this year. 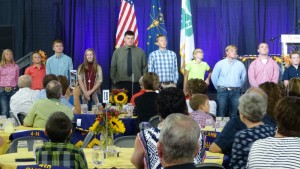 “The first 2 or 3 years it was tough,” he said about the fundraising. “Each year it gets a little easier. People are more receptive to making donations to the foundation for youth development, and I think it will grow. And our goal is to make it grow. We would like to raise twice that amount of money. That way we could honor twice as many young 4-H’ers.”

He told HAT he likes the Sunday night placement of Celebration of Champions and would like to see it stay there.

Also Sunday the Indiana State Fair Foundation announced the completion of the Coliseum Campaign: Making Memories by raising more than $10 million towards the $63 million renovation of the Indiana Farmers Coliseum and addition of the Pop Weaver Pavilion and Cheri Daniels Youth Arena.