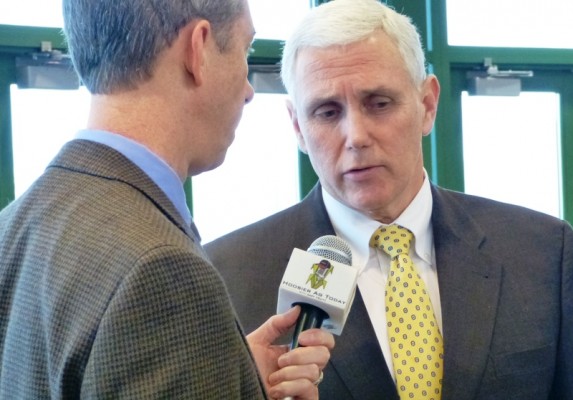 Pence went on to says that following Indiana’s withdrawal of support for this project, U.S. officials have reported that the government of Pakistan and Fatima Group have provided an unprecedented level of cooperation and transparency in addressing the concerns that precipitated the withdrawal of state support.  “Specifically, U.S. Department of Defense officials have confirmed that an experimental formula is being developed by Fatima Group to be more inert and less-detonable to limit its usefulness to extremists and terrorists. This week, the State of Indiana was informed that our defense experts completed the second series of tests on the experimental formula and described Fatima Group’s efforts to improve the safety of its fertilizer as “commendable.” In addition, U.S. officials have reported that the government of Pakistan and the Fatima Group have implemented several positive measures to make it more difficult for extremists and terrorists to obtain the company’s products in the region.”

“With these assurances from the U.S. Department of Defense, we believe it is appropriate for the State of Indiana to reopen our discussions regarding state economic incentives for this project. With continued cooperation on the part of the government of Pakistan and Fatima Group, we remain hopeful that the State of Indiana will be able to renew our support for this important economic development project with the confidence that we have done so in a manner that put the interests of our soldiers and their families first,” Pence said.