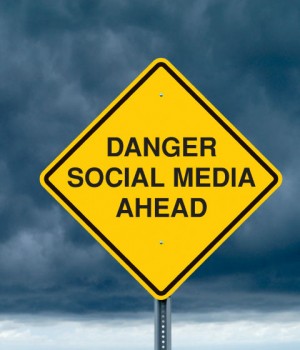 It happens almost every day. I open my Facebook account and see some totally false and usually slanderous piece of information shared by someone on my friend list.  Sometimes there is an insipid comment added by this person like “this is awful” or “share if you agree.”  I used to comment on these posts pointing out their blunder or directing them to resources that had the true facts, but this turned into a full time job that did not pay anything. So now I am just jaded and cynical and slide past this junk — most of the time.

I made an exception this past week and commented on a load of misinformation posted about the Country of Origin Labeling issue.  This was the about the 20th time I had seen this particular pack of lies go by in the past few weeks. My thoughtful and factual comments were mostly surrounded  by reactionary comments like, “I don’t trust the USDA,” “I don’t buy meat from grocery stores,” or “I want to know where my food comes from.” This is another reason I seldom engage in this kind of thing: even when you present the truth, people will reject it if it does not fit their preconceived ideas.

Katlin Fritz, the program manager for the Food Innovation Center at Ohio State, has had a similar experience. “Recently, I checked my Facebook news feed and saw a friend had posted that she “would no longer eat eggs” based on an article she had read. Chances are you have seen links on Facebook or Twitter promoting a point-of-view without quoting scientific evidence. Misinformation shared in social media often breeds confusion, frustration, and sometimes fear. Information that’s misleading or inaccurate is extremely abundant on the Internet.” The problem is, when it comes to information about food and nutrition, a lot of people use the internet as their source of information.  Ms. Fritz has put together some guidelines for sorting out fact from BS on food and nutrition issues.

She suggests looking at the source. “Websites that are reliable generally cite sources of scientific studies, medical facts and figures, identify authors or contributors, and disclose any financial interests the sponsors may have in selling a particular product. Look at who is running the website and its purpose.”  She also recommends carefully considering the credentials of the “experts” who appear on-line. Anyone can be an expert on the internet. Yet, the concept of actually checking to see if something is true before you pass it on is a concept that has eluded the sizeable majority of people currently using social media.

Here are a few additional suggestions I have for sorting out fact from fiction on social media channels. First, review your friends list and determine which ones are members of radical animal groups like PETA, HSUS, and MFA,

environmental groups like CSPI, NRDC, and Greenpeace, or any number of organic or anti- GMO groups. You should seriously consider deleting these people from your friend list because, obviously, they are people of questionable character and intelligence.

There may be people on your list that seemed normal and sensible when you added them but have shown a propensity to share links  from questionable news sources. In these cases, you may want to adjust your settings so that you only see important personal items they post not the junk they share from some moronic celebrity. I have found that some of the most ridiculous information comes from celebrities, or people who think they are,

The most foolproof way to separate truth from twaddle is to go to the original source. This is what we real journalists do as compared to social media journalists who simply click the share button. Take a few seconds, track a post back to the original source, and then verify its authenticity.   There are several web sites that will do this for you if you are not sure if a source if telling the truth. This is the least you can do before you share something.  If you are too lazy to do this, then you are contributing to the level of misinformation on the internet and dumbing down the collective intelligence of mankind.