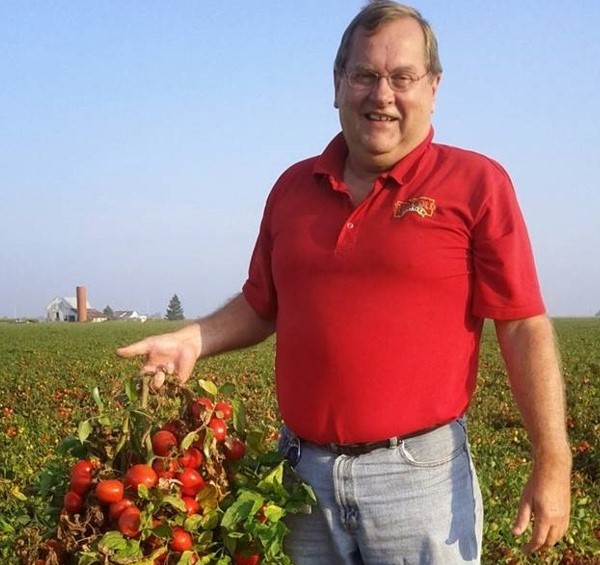 A new scholarship will honor the memory and contributions of a Purdue distinguished alumni who made connections across Indiana and across the country during his 32 years at Red Gold.

Steve Smith was the senior director of agriculture at the Indiana company. The memorial scholarship in his name will award a $5,000 scholarship each year at the Purdue Ag Alumni Fish Fry.

He was “one of those very humble, but amazingly self-motivated, aggressive type individuals,” said Tim Ingle, Senior Vice President at Red Gold.

Ingle told HAT Smith, who died in February of this year, leaves an amazing legacy.

“For not only his 32 years of service at Red Gold, but really just impacting agribusiness, and you can say across America, certainly the Midwest, certainly some of our suppliers, so you’re extending all across the great nation and even with some other countries with some of the things that he’s been involved in from Save our Crops to farm bill legislation. He was very brave and very astute to sustainable farm practices, helping family farms, just doing things the right way.”

Ingle said the legacy Steven E. Smith Memorial Scholarship fund is now over $100,000, ensuring its own sustainability. The Giving Link: http://bitly.ws/e4ua is open for anyone to make a donation of any amount to the Purdue Foundation where it will apply to this scholarship gift.

Red Gold and the Purdue University College of Agriculture are pleased to announce the creation of the Steven E. Smith Memorial Scholarship in memory of the former Purdue Agriculture scholar and distinguished alumni who spent over 32 years with Red Gold. Steve made sustained impacts to Agriculture policies at the Federal and State level as well as significant contributions to a variety of Agriculture coalitions and Ag Business across our great nation.

The former Senior Director of Agriculture was an important member and friend of American agriculture and the Red Gold family for over three decades. Steve had many great accomplishments throughout his tenure. He was a visionary and founding member of FieldWatch and its first registry, DriftWatch®, developed in collaboration with Purdue University Agricultural and Biological Engineering. He was the founder and Chairman of ‘Save Our Crops Coalition,’ a national group dedicated to protecting sensitive crops from damage implicit with the release of growth regulator herbicide tolerant crops.  He was co-chair for Red Gold’s Sustainability Initiative and served on the Sysco Corporation National Sustainability Advisory Board.  Steve was a courageous and strong advocate for the processing tomato industry in areas of research, federal crop insurance, and product labeling, serving in several capacities with the Mid-America Food Processor Association. Steve was admired throughout our industry as an expert in his field. His reach and influence extended beyond the Midwest, into California, Canada and even other continents.

For the scholarship, the College of Agriculture will require that the applicant’s major and career interest is aligned with specialty crops and also one who has a strong desire to be involved in state and federal Agriculture Policy.

The Purdue College of Agriculture will also guide the recipient to pursue government related courses to support the overall understanding of the industry. In addition to the scholarship, the awardee will be on hand for the annual ceremony in February, and then partake in the Red Gold “Washington D.C. Fly-in” to learn about Ag policy and meet Midwestern tomato crop growers, paid for by the Red Gold political action committee.

“I am so proud of Steve’s accomplishments and I’m so grateful for the opportunity for an annual scholarship to grow future Agricultural leaders like him.  Steve was so proud of the growers, the industry, and suppliers and was genuinely admired by all who had the pleasure to meet or work with him including my own parents Fran and Ernie Reichart.”, said Brian Reichart, President and CEO of Red Gold.