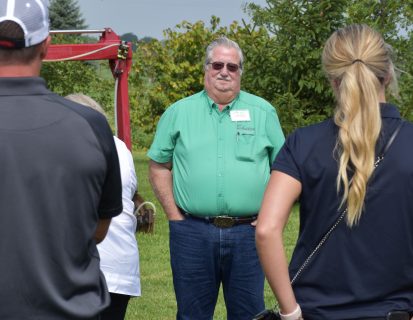 Stewardship of the land is a priority and a passion of longtime Indiana farmer Mike Shuter. He was the host this week for Indiana Corn and Soybean’s first Stewardship Tech in the Field. Shuter Sunset Farms in Madison County has gone the extra mile for decades now.

“We’ve got some of our ground that’s been no-tilled for 35 years,” he said. “We’ve been strip-tilling for 15, 16 years. We’re putting cover crops on every bit of our ground now, and that’s for the last eight years. We’re just working to improve soil health.”

Shuter told HAT they make a concerted effort to operate with less fertility, especially in strip till fields where the plant gets better utilization from applications concentrated at the plant. 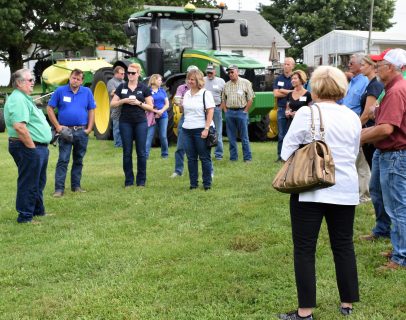 “We’re variable rating potash and phosphate separately in that strip with a micro-nutrient package, so we’ve got three compartments on our strip till cart that we’re doing that with. So, we’re trying to be as efficient as we can with the fertilizer we’re using. We’re putting nitrogen on with the planter, quite a bit of it. We’re putting side dress nitrogen on and then on some fields we’re also putting on a late application of nitrogen where the hybrid will make use of it.”

This December will mark four years since Mike Shuter successfully came away from quadruple bypass surgery. He says it was God’s plan for him to continue his intense stewardship efforts and share his ideas with other farmers.

“That’s the reason He left me here, to share what knowledge we’ve been able to gain from some of this.”

Another event on his farm, Soil Health Systems for Organic Transition Workshop, is scheduled for September 6th. Complete details are here.

This year’s stands according to Shuter, are likely the best he’s ever seen. Now, he’s hoping to get the crops all the way to harvest to see how that translates to yield.

Hear more about that crop in the full HAT interview:Mike-Shuter-on-stewardship