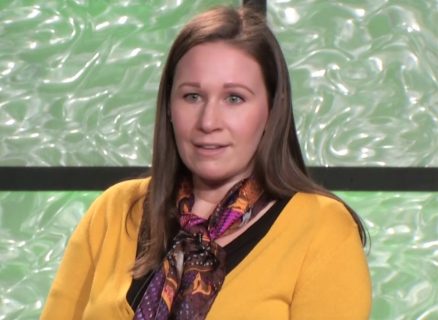 Last week was a busy one for Congress. They were busy with impeachment, but was there any activity on matters like passing the U.S. Mexico Canada Agreement? House Speaker Nancy Pelosi did comment on USMCA, saying lawmakers were “reasonably close” to reaching an agreement with the Administration.

And some who want to see USMCA ratified were optimistic. Lesly McNitt, Director of Public Policy for National Corn Growers Association feels there is definite movement behind the scenes.

“I’ve been up on the Hill a lot talking to a lot of really exciting new members of Congress, freshmen on both sides of the aisle,” she said. “They’re all working really hard on bipartisan issues that are important to the American people. It’s not getting the headlines, but they’ve been talking about these things. They’ve been considering the merits of USMCA and of a lot of other issues that are important to agriculture well before impeachment was on the table, and I think this wins on the merits of the actual trade agreement itself, and hopefully yes, there is motivation to come together and deliver for the American people.”

But many in the agriculture industry still wonder if the impeachment investigation of President Trump will get in the way of passing USMCA. California Democrat Representative Jim Costa says things can and will get done “not withstanding the deep, deep partisan divides that we’re witnessing.”

Nick Giordano, Vice President and Counsel, Global Government Affairs at the National Pork Producers Council, is also somewhat optimistic all sides can reach an agreement on labor concerns around USMCA, and he says producers need the agreement in place.

“Certainly, Ambassador Lighthizer and the administration have been willing to work with House Democrats to find a solution to their concerns,” Giordano said. “I’m guardedly optimistic that they can do this, and it’s very important to our pork producers and we’re continuing to push for a vote this Congress to get USMCA passed and implemented.”

He said zero-tariff trade in pork in North America must be maintained.