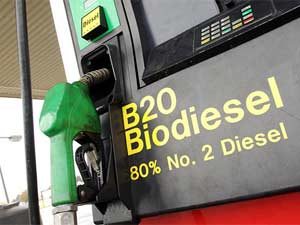 According to a study released Wednesday – the U.S. biodiesel industry – which is the largest producer of EPA-designated Advanced Biofuel in the nation – supports more than 62-thousand jobs and 2.6-billion dollars in wages this year. Biodiesel production also is on track for a record of 1.7-billion gallons. National Biodiesel Board Vice President of Federal Affairs Anne Steckel says this is further evidence that a growing biodiesel industry and strong Renewable Fuel Standard are good for the economy. The study – commissioned by NBB and conducted by LMC International – shows almost eight-thousand jobs would be lost of the EPA were to limit production to 1.28-billion gallons. Steckel says the Obama Administration and EPA can avoid job losses by supporting a strong 2014 standard that is at least consistent with this year’s production. Ultimately – Steckel says the difference between 1.28 and 2-billion gallons next year could result in a swing of 12-thousand jobs supported, 500-million dollars in wages paid and 7.8-billion in total economic impact.