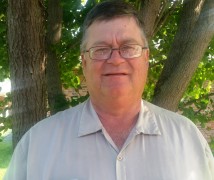 In Indiana we hear a lot about the toll the weather has taken on crops in 2015, but in a little pocket in the southwest corner of the state there are a few farmers who count themselves very blessed. Mark Seib is one of those near Poseyville in Posey County.

“We’re pretty blessed to be in a little pocket, and it is a little pocket in this corner of the state where the corn conditions are looking really well,” he told HAT. “We’ve got corn going through pollination right now. We’ve got soybeans that are growing. They’re a little behind but not too far behind the norm.”

But in the very same county water from the Wabash and Ohio rivers has consumed some of the bottom ground and he said the Ohio is coming back up and will likely take more ground. With all of the rain weeds are growing strong and Seib is dealing primarily with marestail.

“We’re running into a situation where the glyphosate resistant weeds are showing themselves pretty strongly this year. Marestail is one of the biggest on our farm and it is out in full force. We’re having to go through and make sure that we use herbicides that are not in the same family and be able to use those in fields to take out those resistant weeds.”

“USB has provided charts and some different things on how chemical makeups are and what families they’re in, and we’re using those charts to go through and look at what weed and chemical comparisons we need to be using on spraying to make sure that we take those resistant weeds out.”

USB is one of the partners key to establishing Take Action, and the industry-wide partnership includes 16 universities. Learn about how Take Action can help with weed-management strategies at the website https://takeactiononweeds.com/.