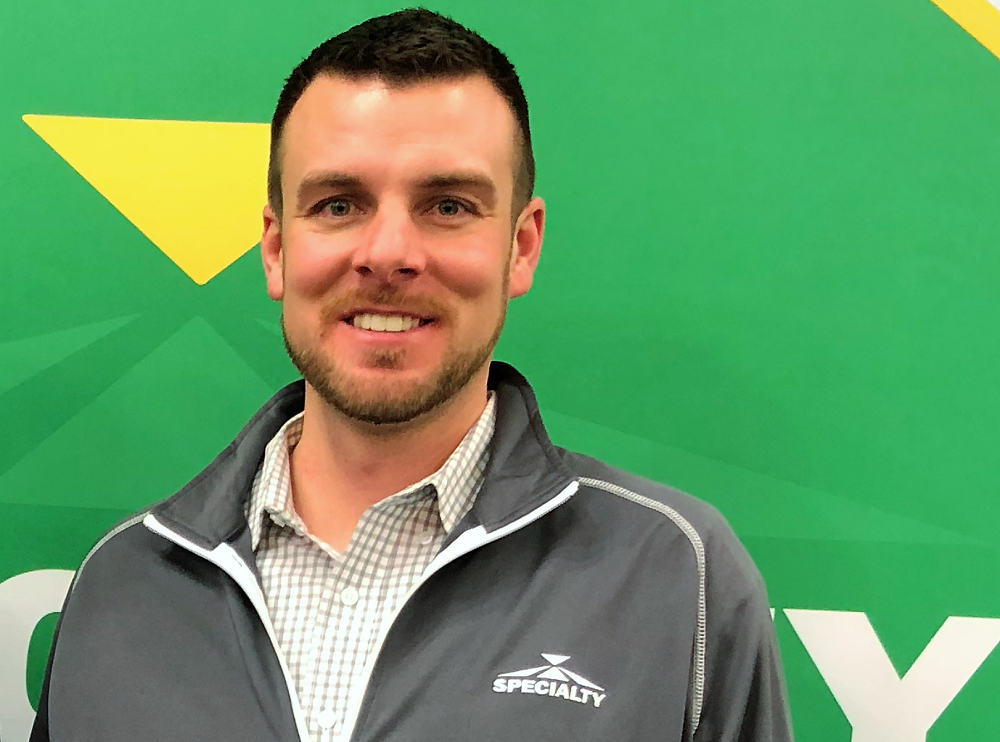 It could be a tale of two crops when northeast Indiana corn and soybean yields are tabulated. And harvest is already slowly starting up, a little corn and a little soybean acreage, according to Luke Hesterman, local field sales representative for Specialty Hybrids.

“Some early group two soybeans started coming off 2 days ago,” he said. “They were 13 percent moisture, mid 50’s yield on some marginal ground, so all in all a pretty good story there. On the corn, I would say we’re in the tar spot capitol of the world, so we are experiencing a few challenges and just keep an eye on a few acres that were affected by tar spot and guys are maybe out there getting the corn a little bit early for standability issues.”

Hesterman has hopes for a better than average year with soybean yields, but the tar spot in corn is one factor taking the top off that crop.

“We started seeing it right at tassel and into R1 in some areas and guys were out there getting fungicide on right at that time. Then those guys were actually the ones that were going back and making a split application because the fungicide ran out and the tar spot just kept coming and they want to keep that factory going. Some other guys, due to timing of airplanes and availability of the machines to get across the acres went on the tail end of a tassel to brown silk, and those guys I would say lucked out this year. The timing was just as good as it could be for effective application.”

Time and Mother Nature always play a role, and at one time this year, spring planting, conditions were “about as good as we’ve had,” he told HAT. “We had crops in the ground the first part April, stalled out for a little bit and then hit the ground running the last 10 days of April and got a really good start. Then May was just as good as it could have been to us, and once the planters started they just kept going. Emergence was a picket fence, as good as we’ve seen in quite some time.”

He added this year saw less replanted acres than any other in his nine years on the job, by a significant amount.

This crop update is brought to you by Specialty Hybrids, where it’s your field, our Specialty. Find your local field sales representative online at specialtyhybrids.com.