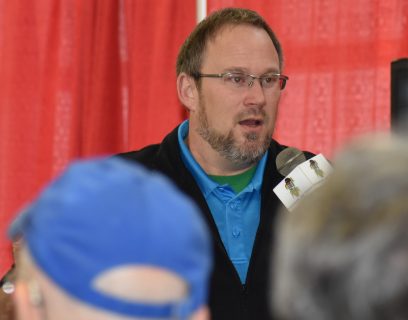 There has been a definite shift in the Indiana weather, blown in with the cool and rain on Wednesday. In the new HAT harvest weather forecast, chief meteorologist Ryan Martin says the cool weather is here to stay.

“As a matter of fact, we have another leg down in our temperature department coming behind a system that works through late this weekend into early next week,” Martin said. “Short term here we’ve got to watch for some scattered light precipitation trying to move across the state overnight Friday night into early Saturday morning. I think we’re only looking at a quarter of an inch or less. Spits and sprinkles mostly, over 80% of the state. What it does mean though is we probably don’t dry down exceptionally fast through the early part of the weekend period.”

Then late Sunday night through Monday a better organized rain system will attempt to work its way through Indiana.

“I’m looking for a quarter to a half an inch of moisture spread across about 60% of the state. It really looks to me like the best part of this is going to be down south. I 70 south is where we’re going to be seeing most of the rain. You go north of 70, you might not see much of anything, so better chances of dry down up north than down south, but that system as it comes through, is going to bring in that secondary level of cool air. I’m actually looking for some decent frost potential early next Tuesday morning as that cool air mass comes in from the northwest.”

Martin has good news though for corn and soybean dry down and harvest resumption.

“After we get done with that early week system next week, we are going to transition into a nice long dry window,” he said. “I’m projecting right now maybe 10 days’ worth of dry weather back to back. We could be dry from next Tuesday all the way through the following Thursday in Indiana. Temperatures normal to below normal, but still you’re going to get good evaporation in there with this cool, dry air mass and we should be able to see harvest fire back up.”

He sees the next rain event possibly holding off until the 25th of October.