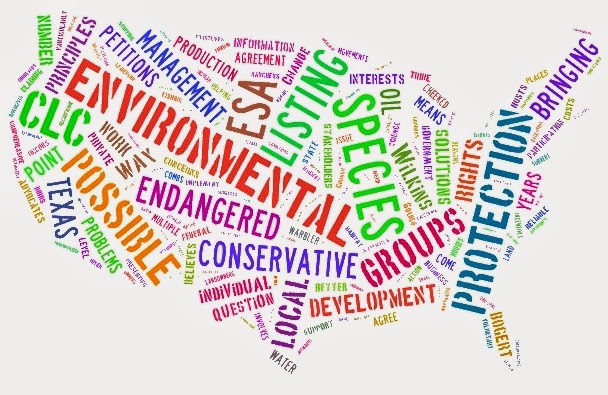 It was 1973. Tony Orlando was urging us to “Tie A Yellow Ribbon” around that old oak tree; Marvin Gaye wanted us to “Get It On,” and Paul McCartney just wanted us to “Live and Let Die.” In December of that year, President Nixon signed into law the Endangered Species Act.  The intent of the law “was to halt and reverse the trend toward species extinction, whatever the cost.” The Act is administered by two federal agencies: the United States Fish and Wildlife Service (FWS) and the National Oceanic and Atmospheric Administration (NOAA). The Act has been the source of lawsuits and political skullduggery, and has undergone several revisions over the years. Now there are efforts in Congress to overhaul one of the pillars of US conservation policy.

The basic concept is that plant and animal species that are facing extinction would be placed on a list and receive federal protection from being hunted or otherwise killed and their habitat or ecosystem would also receive protection.  The first such list was created in 1967 as part of the ESA’s predecessor the Endangered Species Preservation Act and consisted of 14 mammals, 36 birds, 6 reptiles and amphibians, and 22 fish. Over the years, the list has grown. By 2015, the list had grown to 1,583 species just in the US.

Like so many big government programs, the intentions are laudable but the consequences are catastrophic. While the ESA has some notable successful stories, its overall success rate is dismal. Bald eagle numbers increased from 417 to 11,040 pairs between 1963 and 2007 and were removed from list in 2007. But, of the thousands of species on the list, only 28 have been delisted due to species recovery. This gives the ESA about a 2% success rate.

One of the primary reasons for the failure of the program is that farmers, ranchers, and other landowners were not involved in the creation of the program and are often penalized for participating in it. When it comes to protecting species and preserving their habitat, it is the people on the land who are on the front lines of conservation. Rather than incentivizing landowners to help preserve wildlife habitat, the federal government has taken the approach of putting large tracts of land under government management and “protecting” the endangered species in these preserves. American Farm Bureau President Bob Stallman stated, “Today, many landowners hesitate to establish habitat that would help endangered species. That’s so because the law itself makes it impractical for them to use their land once they have made the effort to help in the first place. The ESA can and must be modernized to protect endangered species and respect private property rights. Neither agriculture nor the endangered species have time to wait.”

Yet, any changes to the ESA will be difficult. Many environmental groups staunchly support the status quo. The Huffington Post recently quoted a different public opinion survey that they says shows strong public support for leaving the ESA alone, “The poll results show that support for endangered species conservation remains strong and that the public just doesn’t buy the argument that we have to choose between jobs and conservation.” Recent efforts by Congress to make changes in ESA have been met with veto threats by the White House.

Meanwhile, landowners fear taking any action to preserve wildlife for fear they will lose control of their land if an endangered species is found on it or it is determined to be a habitat for species on the list. In many western states, the shoot, shovel, and shut up philosophy is practiced.  Protecting wildlife is important for our environment and our future, but so is feeding people. A policy that provides incentives — not penalties or red tape — for protecting species is needed.

A program with only a 2% success rate over 40 years needs to be revised. However, science and practical land use need to be the foundation of any revision, not political posturing or environmental ideology. Conservationists should not fear the overhaul of the ESA, and landowners should be involved in the process to craft revisions that are workable and actually help manage wildlife populations and habitat.