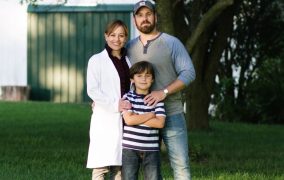 Is Indiana agriculture and all its related industries high tech? You bet it is, and some Hoosier heavy hitters, including the current governor and a former governor, are helping “magnify the image of the Indiana agbiosciences sector.” Beth Bechdol, president and CEO of AgriNovus Indiana said the initial phase of telling the story is through a new video targeting Indiana “business leaders in other industries, so think tech, think Internet of Things (IoT,) life sciences, advanced manufacturing and engineering, and also I think government leaders.”

She told HAT a lot of leaders in other industries don’t always see themselves interrelated and tied to food and agriculture. 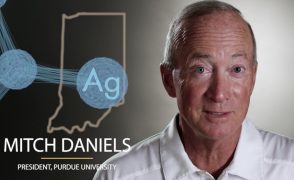 “So, the purpose of this video by showing what the agbiosciences really are and what they are made of, was to showcase that actually ag, plus bio, plus science and tech is really what we’re talking about, and there really are more relationships, especially here Indiana, given our strength in those other industries, that we have to leverage and capitalize on.”

The video is just the start of a statewide educational and public awareness campaign which also includes the new social media hashtag #timetotell.

“The Time to Tell campaign is going to continue and I expect that you’ll be seeing more and different types of, whether they’re video pieces or other ways of uniquely telling the stories of not only the sector, but I also hope going forward we’ll be able to share more about the people and the organizations in Indiana that make up the agbiosciences. So, this was a first piece and introduction to it. We needed to get people to understand what the agbiosciences were, and that Indiana is clearly a leader in them.”

The impact of the agbiosciences industry here in the state is over 75,000 jobs and $16 billion to the Indiana economy.

There will be plenty of talk about this very subject during the 2017 Indiana Agbiosciences Innovation Summit on November 29th in Indianapolis. Details on that event are at the AgriNovus Indiana website.

Indiana’s AgBioScience Movement: #timetotell from THE PLAID AGENCY on Vimeo.