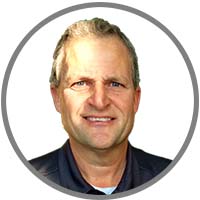 Indiana farmers faced many challenges in 2017 that compromised plant nutrition. Glenn Longabaugh, an Indiana agronomist with Winfield United says, “In 2017 there was a bit of a gradient across the state. There were some mineral nutrients that showed up, like they always do. For example, zinc and boron. But this year, not only was zinc and boron very limiting, but sulfur also was very limiting.”

Longabaugh’s advice to farmers is to have tissue sampling done in order to best protect their yield. “(Farmers) don’t necessarily need to tissue sample the entire farm. The real value of tissue sampling is not trying to find the bad spots. It’s about picking those farms, picking those fields that have a lot of yield potential that are already clipping along, and then using tissue samples to try to identify what might be hidden hungers in that crop.”

According to Longabaugh, the best time to do tissue sampling is during V4 or V5. He says that sampling prior to that would be inconclusive due to the plant still living off of the seed or primary root system. “Once we get to V5, that’s a great barometer. If you’re running out of sulfur, nitrogen, potassium, zinc, boron, or any of these mineral nutrients in that early stage, then it’s possible you could still make an amendment when it comes micronutrients. Even macronutrients, you can try to make an amendment or just cache that information for the following year.”