Top Stories in Indiana Agriculture in 2016

Animal disease outbreaks were among the top stories in the state with Avian Flu in poultry and TB in cattle and deer among the biggest.  State Veterinarian Dr. Bret Marsh says the Hoosier livestock community has been very helpful and cooperative in dealing with these disease outbreaks, “When we asked for help, people were willing to give it.” Indiana received national recognition for the way it handled the avian flu outbreak in SW Indiana and seamlessly coordinated local, state, and federal agencies responses.

The megamerger between Dow and DuPont had many wondering if Dow AgroSciences would stay in Indiana. ISDA Director Ted McKinney said, once their top officials visited the Hoosier state, there was no doubt they would stay. In addition, Wal-Mart’s decision to build a dairy processing plant in the state was a major milestone. McKinney stated, “They needed a large, high-quality supply of milk, and they found it in Indiana.”  2016 saw several other economic development announcements involving agribusinesses expanding or relocating in the state.

Not all the news was positive.  Purdue Associate Professor of Ag Economics Corinne Alexander was found dead in her home, and a grain elevator failure in Western Indiana left many growers wondering if they would get paid for their grain. ISDA officials have reported that getting producers paid through the state grain indemnity fund will be a top priority in 2017. 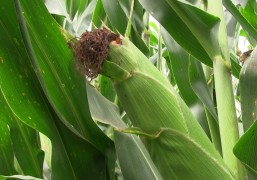 Speaking of grain, corn yields this year were good but not great, and mold and rust outbreaks caused losses in some fields. However, Indiana soybean yields were outstanding. “Some guys had the best crop they have ever had,” said  Pioneer agronomist David Cosgray.  Indiana farmers also found themselves dealing with both drought and flooding issues during 2016.

2016 was another year of financial challenges with land costs and  production costs not coming down enough to allow for profit at current prices levels. Purdue Ag Economist Dr. Chris Hurt told HAT, for some farms, this was the third year in arrow of financial losses. 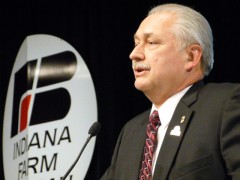 It was a memorable year for Indiana Farm Bureau. The organization scored a major political victory when the Indiana General Assembly approved a farmland property tax cut that reduced the tax bills of most Indiana farmers. It was Randy Kron’s first year as President of the organization, and one in which he traveled to all 92 counties to talk with members.  For the Indiana Soybean Alliance, it was a year to celebrate the 50th anniversary of the soybean checkoff.

2016 was the year that Hoosier Ag Today celebrated its 10th year of operation. It also saw the radio network regain the top spot in farmer audience share. According to the Ag Media Research report, on average, 40% of Indiana farmers listen to HAT radio stations each day. HAT also reaches more producers in top corn and soybean counties than any other broadcast source.