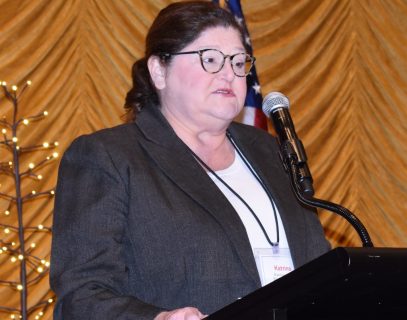 House Bill 1005, the bill that would consolidate township government for over 300 townships in rural Indiana that had a population less than 1,200, died in the Indiana House Monday. Katrina Hall, director of public policy for Indiana Farm Bureau, says that House Bill 1005 was a surprise when it was brought forward. INFB opposed the bill for many reasons including tax shifts, unrealistic expectations of trustee pay, but mostly because it would have made consolidation a requirement, not giving locals the opportunity to weigh in. Hall said, “Our members really came to the forefront. In just a little over a week, our members sent the House of Representatives 1100 emails letting them know that they were not in support of the bill. We had people come in to the statehouse every day (and) that was a reinforcement.”

Hall says that larger government does not provide the amount of representation that rural Hoosiers in a low population area deserve.  INFB supports township government as it is currently configured because they feel farmers are being represented. “They know that they’ve got the ability to weigh in when there are problems in the township or when the trustee needs to take measures to support the volunteer fire department and so on.”

Hall says this bill could eventually resurrect itself or another bill like it could come up in the future so internal discussions need to take place with members to figure out what local government should look like. She says no one wants to not have a fire department and someone has to take care of current trustee duties like, “maintaining rural cemeteries and dealing with noxious weeds and so forth. We want somebody to do those things. At this point, we haven’t found another layer of government that’s all that interested in in doing (them).”

The bill would have impacted over 300 townships in rural Indiana that had a population less than 1,200.