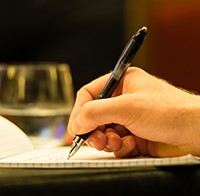 Though formal consideration of the Trans-Pacific Partnership (TPP) will not occur in the United States or many of the 11 partner countries until next year, several additional countries have made formal and informal inquiries about how they can become part of the new Asia-Pacific free trade pact. One of the unique benefits of the landmark agreement is that it is intended as a platform for regional integration and designed to include additional economies across the Asia-Pacific region. This offers the ability to include the lion’s share of global trade under one comprehensive agreement.

South Korea is at the top of the list of interested parties. The country already has a free trade agreement (FTA) in place with the United States and bilateral trade deals with most of the current TPP participants. When the U.S.-Korea FTA entered into force in 2012, Korea was already the fifth largest U.S. agricultural export market.

Prior to the FTA, the United States had a relatively open market for corn in Korea, but the agreement locked in zero tariffs and negated the country’s ability to reinstate tariffs at higher levels. It also created new opportunities for U.S. sorghum, barley and other value-added products. On the regulatory side, the agreement established a sanitary and phytosanitary (SPS) committee to enhance cooperation and consultation on SPS-related trade issues.

If South Korea joined TPP, the existing market access gained from the bilateral agreement would be preserved. However, Korea would also have to meet the enhanced SPS measures agreed to by TPP participants.

In addition, Korea would have to agree with the TPP provisions to promote policy reforms, such as working together within the World Trade Organization (WTO) to develop disciplines on export trading enterprises, export credits and limiting the timeframes allowed for restrictions on food exports so as to provide greater food security in the region. Korea would also have to endorse provisions that require increased transparency and cooperation on certain activities related to agricultural biotechnology.

For example, the Philippines has one of the fastest population growth rates in the Southeast Asia region that combined with rising middle class incomes, will spur future meat and poultry demand. However, U.S. corn and sorghum imports are restricted by high tariffs and protective quota systems.

At the same time, two TPP partner countries—Australia and New Zealand—are also partners to a regional Southeast Asian agreement (ASEAN) that allow their corn, sorghum and other feed grains to enter into the Philippines with preferential tariffs.

Joining TPP would require the Philippines to modify their tariffs and quotas and allows U.S. coarse grains and co-products fairer and more open access to this growing market.

The growing list of countries interested in joining the agreement after it is ratified and entered into force is welcomed news by the U.S. Grains Council, which works throughout the TPP region to promote the export of coarse grains, co-products and ethanol.