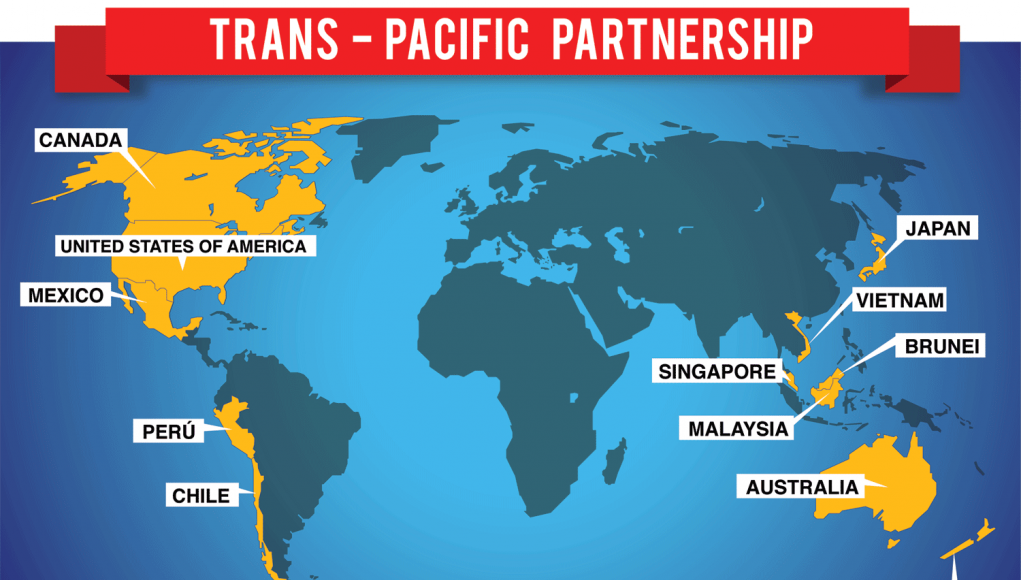 A trade deal linking 40 percent of the global economy remains on track for a potential agreement by the end of the month. The 12 nations negotiating the Trans-Pacific Partnership are slated to meet late this month for the last round of talks. The New York Times reports United States officials feel confident enough a deal is at hand that they have scheduled a meeting among the chief negotiators at the Westin Maui Resort & Spa in Hawaii during the last four days in July. Still, according to the New York Times, it will be some time before a deal is ratified.

Under terms set by Congress in trade negotiating legislation last month, a July 31st agreement could not be signed until October 31st or more likely the beginning of November. Congress cannot begin considering it until December.