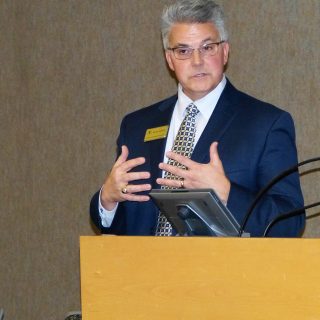 The National Association of State Departments of Agriculture held its Winter Policy Conference at the end of January in Washington, D.C. Indiana State Department of Agriculture Director Bruce Kettler was among the attendees. Trade and the 2018 Farm Bill were atop the agenda. Kettler says despite some reports, the overall mood in the room was optimistic regarding NAFTA. “Overall, from a NAFTA standpoint, there’s optimism. It’s guarded, it’s not gleeful necessarily. But what I think everybody understands is how important those two trading partners are to our country in terms of its agriculture output.”

Just how important is NAFTA to Indiana? According to americansforfarmersandfamilies.com, out of the $1.4 Billion in total Food and Ag product exports in 2016, $573 Million, or 42%, went to NAFTA partners.

Kettler says they spent time on the hill speaking with staff members of Senators Young and Donnelly as well as staff members from the Senate and House Ag Committees regarding the 2018 Farm Bill. He says there is reasonable optimism that they may get a bill marked up by Spring. One thing Kettler says we need to pay attention to is disaster relief for the cotton and dairy industries. “If they get some disaster relief put in outside of the Farm Bill that’ll help from a funding standpoint. If they don’t and something goes into the Farm Bill, that’s going to take a lot of dollars away. There (won’t) be new dollars in the Farm Bill.”