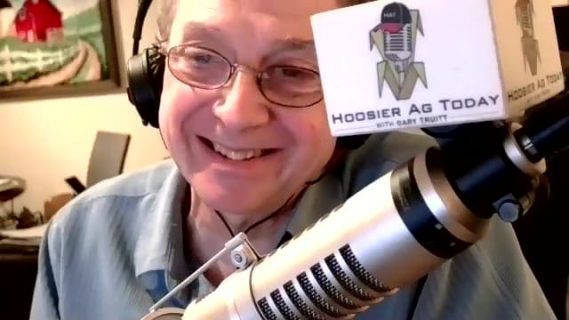 Hoosier Ag Today recognizes its founder Gary Truitt as he celebrates his 40 years in farm broadcasting this week. It was September 1, 1981, at the Brownfield Network in Missouri, that Truitt began his farm broadcasting career.

“I remember my first interview. It was with the executive director of the Missouri Nut Growers Association,” Truitt stated. “I knew absolutely nothing about growing nuts, so my questions were rather basic. Over the past 40 years, I have done very few interviews with nut growers but have interviewed several individuals I felt were a bit nuts.”

In 1985, Truitt relocated to Indiana to create the Indiana Agribusiness Network which was later named AgriAmerica Network. In 2006, he founded Hoosier Ag Today, currently the largest and most listened to farm radio network in the state. In 2019, HAT purchased and relaunched Michigan Ag Today, the fastest growing farm network in Michigan.

“Over the past 40 years, I have witnessed how technology has changed the way farmers farm and the way we as broadcasters report on agriculture,” said Truitt.  “I used to carry around a cassette recorder and a set of alligator clips to feed interviews over the phone. Our programs were also sent to radio stations over telephone lines.”  Today, farm broadcasters use digital recorders with SD cards or their smart phones to capture interviews, and programs are sent to stations via the internet.

“Serving American farm families and working with some of the most talented communicators in the world has been the highlight of my career,” added Truitt.