The closing of 2021 also marks the closing of the farm broadcasting career of the founder of this company. Gary Truitt continues to step away from the day-to-day responsibilities of farm broadcaster, although he is still a part of Hoosier Ag Today, the second Indiana farm radio network he founded. The first was AgriAmerica in the mid 80’s.

So, he is retiring after 40 years delivering farm programming to radio audiences and making countless memories.

“One of the major highlights of my career was the foreign travel,” he explained. “Beginning in the eighties I had the opportunity to travel literally around the world with the secretary of agriculture promoting and reporting on US agriculture, and some of the stories and experiences from those trips over many many years continue to be a highlight of my career. Also coming to Indiana in 1985 to start my first network here. That really was a change and focused me and narrowed my energies into the Hoosier state and continuing to grow that network and then eventually to found Hoosier Ag Today in 2006.” 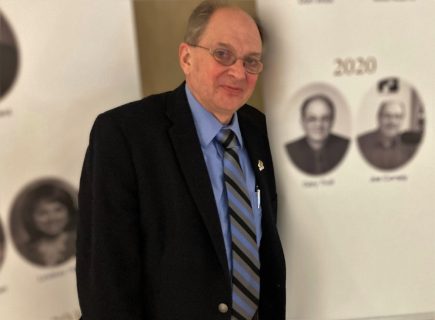 One of Gary’s personal career highlights was inclusion in the national farm broadcasting hall of fame. He was inducted in November last year, virtually because the annual convention was canceled.

“The surprise that that entailed, the surprise gatherings that certain members of the HAT team pulled off and really took me by surprise, which is often times hard to do but you guys succeeded in that regard,” he said. “That was just a tremendous evening and remains a tremendous honor to be included with a lot of folks who are very well known in this industry and who I had the pleasure to work with over many many years. To be included in that group of people in the hall of fame still is one of the highlights of my career.”

Gary Truitt, congratulations on a remarkable 40-year farm broadcasting career, with most of those years spent informing the Indiana farm audience of agriculture stories and issues important to them. By the way, he still has a few interviews in the can and he’ll be telling those stories in the coming weeks.

Click the audio player above to hear the chat with Gary on the even of his retirement.

Challenges the Ag Economy Could Face in 2022

Vilsack: ‘Our Chinese Friends are About $16B Light’ on Phase One Agreement