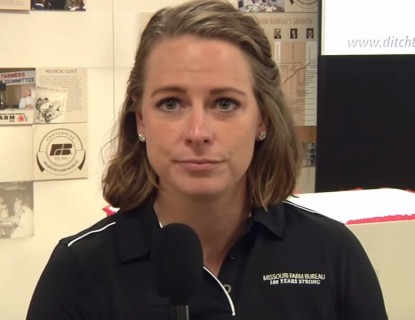 President Trump Thursday announced a shift from his recently stated intentions to close the border with Mexico. Rather than closing the southern border, he is giving Mexico a one-year warning to get the flow of migrants and drugs into the U.S. stopped. If it doesn’t stop, he said he will then look at tariffs on Mexico and possibly a border closing.

“It would be devastating to U.S. agriculture, both from an export and an import perspective. 69-percent of all ag trade with Mexico happens via truck. So, if we think of all the additional costs that would incur, to have to ship product by rail or airplane or boat, that gets pretty expensive, pretty quick.”

While the President has altered his threat to completely close the border, Nigh says the damage has already started with redeployment of customs agents from the Nogales Port of Entry in Arizona, shuttering commercial truck inspections on Sundays.

“From a fruit and vegetable perspective, that’s an incredibly important port of entry. It’s the largest port for U.S. imports of fruits from Mexico. It’s the third-largest for vegetables. So, it certainly hits U.S. agriculture and US consumers pretty hard.”

Top aides to Trump are reported to be considering an alternative plan to allow commercial traffic to continue, but the president says security is “more important” to him than trade.

Nigh says closing or partially closing the border also hurts efforts in all three countries to ratify the new U.S.-Mexico Canada trade deal.