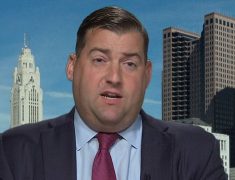 The fourth round of negotiations for the North American Free Trade agreement is underway, and American, Mexican, and Canadian negotiators are entering some of the more difficult subject matter. International Trade and Customs Attorney Dan Ujczo said the tone of Trump Administration negotiators is getting more aggressive.

“What we saw in round 3 in Ottawa was really the start of the U.S. putting forward very aggressive positions. The first one was on government procurement known as Buy American, which basically said we’re going to cut back how much Canadian and Mexicans can participate in our government procurement processes here in the U.S. but by the way, we want you and Canada and Mexico to allow more U.S. participation on your side, so I think both Canada and Mexico said we’re not so sure about that. It certainly ruffled some feathers and we saw that in final statements at the end of round 3. There was certainly tension between the three head negotiators, led on the U.S. side by USTR Robert Lighthizer.”

He says the U.S. positions will continue to get more aggressive in round four on things like automotive rules-of-origin that are more stringent than in any other free-trade agreement in the world.

Ujczo expects supply-management in Canada to be brought up in this round. Canada’s supply management policies have made it very difficult for U.S. dairy, poultry, and eggs to get into the Canadian marketplace. Canada has said it’s a “red-line” that they aren’t willing to budge on. Ujczo said it’s a possibility that the Trump administration is counting on that.

“I think it’s highly likely at the end of round 4 when you see things like automotive rule of origin, supply management the U.S. is talking about a sunset provision, meaning that NAFTA would terminate after five years automatically unless Congress reauthorized it, those are things that will cause Canada and Mexico to at the very least call a timeout to take these issues back and consider their next move,” he explained. “So, there is a very real possibility that U.S. knows that they can’t negotiate on those issues and we’re left with one conclusion. The U.S. right now may be trying to get Canada and Mexico to walk away from the table.”

Ujczo’s opinion is if Mexico and Canada don’t walk away from NAFTA, the Trump administration will by the end of the year.

A lot of the pressure to tear up NAFTA is coming from the manufacturing sector. He says Secretary of Agriculture Sonny Perdue literally saved NAFTA back in April during discussions with the President. Ujczo says it’s important for the ag industry to realize that withdrawal is a very real possibility.

“If you don’t think this is a reality that the President is looking at withdrawal, I want to make it clear that it’s a very real possibility that we will either withdraw or we will reach a deal that I don’t think will have any chance of getting through Congress in 2018. So, now is the time to really start preparing and more importantly, make you voices heard.”

Ujczo says it may be time for Congress to get involved with the negotiations, at least in terms of oversight. As a 20-year advocate for trade issues, he says it’s more important than ever for agriculture to keep pressure on their elected officials regarding the importance of NAFTA.