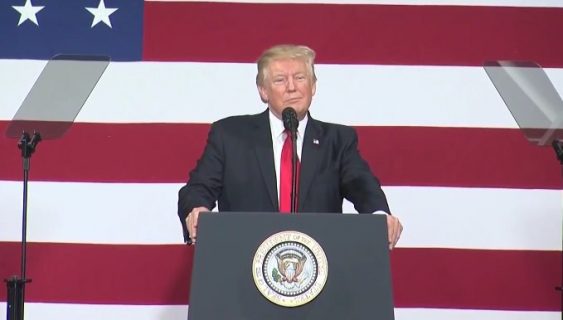 President Donald Trump says “the farmers will be so happy” when they see what the White House is doing for ethanol.

On Twitter, Trump says “it will be a giant package, get ready.” Agriculture Secretary Sonny Perdue at the Farm Progress Show this week said President Trump would announce details within the next couple of weeks.

The Farmers are going to be so happy when they see what we are doing for Ethanol, not even including the E-15, year around, which is already done. It will be a giant package, get ready! At the same time I was able to save the small refineries from certain closing. Great for all!

Perdue declined to offer any details, other than he pushed for easier access to higher blends of biofuels.

Trump says that while the package will be welcomed by farmers, it also saved “the small refineries from certain closing.”

Ethanol groups have charged that small refinery waivers are killing demand for biofuels, because they exempt refiners from complying with volume requirements in the Renewable Fuel Standard.

In the last year of the Obama administration, the EPA issued seven waivers.