Turf War Between FDA and USDA Over ‘Fake Meat’ Heats Up

An increasing eagerness is rising in the industry to get a handle on how lab-grown meat products, or so-called fake meat, should be regulated. That’s prompting a turf war between the FDA and USDA, as USDA has been given control of all food safety matters under the Trump administration. 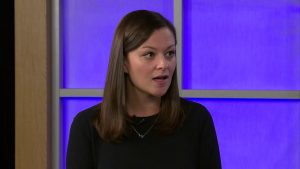 National Cattlemen’s Beef Association’s Danielle Beck claims the FDA is acting outside of its jurisdiction, recently trying to assert its authority over the regulation of fake meat. She believes the only outcome that will benefit both the industry and consumers is for the USDA to take charge.

“Just a few days after the FDA announcement, the government reorg plan that came out (and was) signed off on by the president proposed shifting all food safety responsibilities over to USDA and renaming FDA the Federal Drug Administration. Talking about animal welfare concerns, sustainability, those topics have absolutely no place when it comes to the regulation and management of food products.”

Beck says that how fake meat products are labeled will end up being a huge conversation in the debate over jurisdiction and critically important to the interest of the consumer. For now, though, her immediate concern is to settle this argument at hand over which agency has rightful jurisdiction.