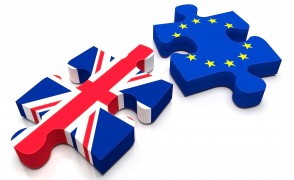 The surprising decision by British voters to leave the EU last week has caused market turmoil and a great deal of uncertainty in trade circles.  Paul Drazek, former USDA trade official and now international trade consultant, says the pending US-European trade agreement will likely get put on hold, “I see no way negotiations on the European free trade agreement can move forward. I just don’t think with all that is going on they will have the time.”

While this delay is seen as a negative for U.S. agriculture, Dr. Campbell Harvey, international trade expert at Duke University, says Britain’s exit is not all bad for U.S. agriculture, “I do not see this as a huge negative; the problem is we just don’t know all the details and just how big of a negative it will be.” He said there may be some positives that come as a result of Britain leaving the EU.  For example, Britain is more supportive of biotechnology than the EU. This may help in getting more and faster acceptance of traits in Britain. While the market reaction has been immediate, Harvey says the process of leaving the EU will take at least 2 years and most likely more, “I think during that time there will be an opportunity to renegotiate many trade deals.”

Bob Utterback with Utterback Marketing says the short-term impact may be a recession in the EU. He also says this could have an impact on the U.S. presidential election, “This could give some support to the American First philosophy espoused by Donald Trump. This could impact trade deals with Russia, Mexico, and China.”

Farmers in Britain have been split over membership of the EU. For many farmers the EU has been a source of support, providing valuable subsidies and cheap foreign labor, while others believe their industry has been held back by unnecessary interference from Brussels. Paul George from Tresillian has 270 Holstein Friesian cattle and supplies his milk to the dairy firm Arla, “This is our equivalent to Independence Day and I can see this going down as a national holiday.” He added that the remain vote left the future of farming in jeopardy, especially for him and the fourth generation of farmers on his site.

Analysts predict that the UK vote to leave the bloc will put additional pressure on already struggling EU agricultural markets. Approximately €22.4 billion in direct payments to  British farmers is earmarked for the period 2014-2020 under the Common Agricultural Policy (CAP). This comes in addition to the €5.2 billion made available under the Rural Development pillar of the CAP. €4.8 billion from direct payments will be used for green measures. Drawing on the rural development pillar, €4 billion from the EU budget and €5.5 billion from national contributions will be used for measures with environmental impact. Considering that the CAP portfolio is already a complex issue, the UK’s agricultural relations with the EU are fully dependent on the redefined future ties between London and Brussels.

This may be just the beginning as several other nations are also now raising the possibility of leaving the EU. This uncertainty will continue to add volatility to both financial markets as well as agricultural markets. Jim Bower with Bower Trading suggests that the uncertainty in the financial markets may lead some investment funds to look to the commodity markets as a safe haven.