Stocks of ethanol were 22.7 million barrels, down 3.1% from last week and the lowest level in nine weeks.
There were zero imports recorded for the second week in a row.

Expressed as a percentage of daily gasoline demand, daily ethanol production was 10.41%–the lowest rate of the year so far. 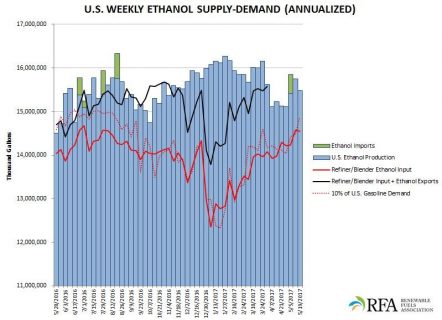 The Indiana State Fair is Back!