Stocks of ethanol stood at 18.8 million barrels. That is a 2.7% increase from last week. Imports of ethanol returned for the first time in four weeks, registering at 10,000 b/d. 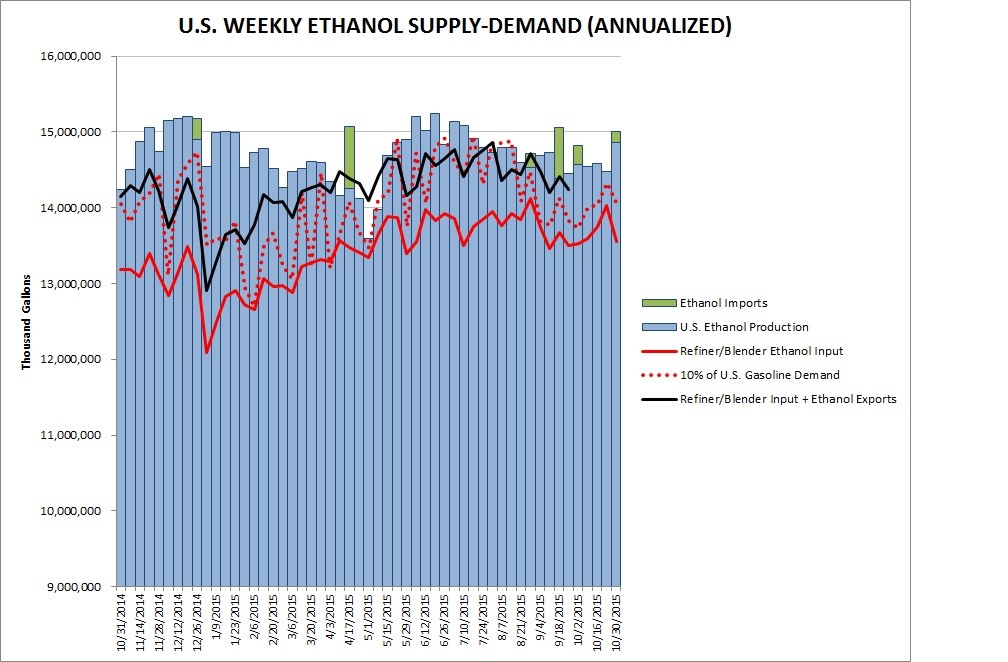