US Rep Walorski: Pelosi ‘Clogging the Pipeline’ of Trade Deals by Holding Back USMCA Vote 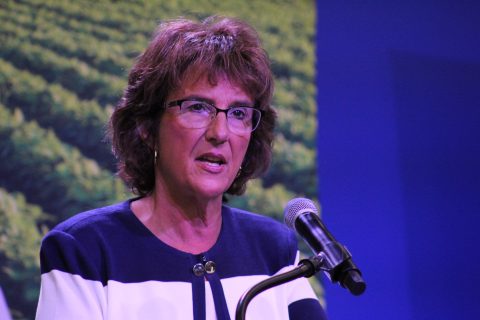 The House began its 6-week recess on Friday without a vote on the United States-Mexico-Canada Trade Agreement. The agreement that will replace NAFTA has already been ratified in Mexico and all reports indicate that Canada is ready to move forward as well. Congresswoman Jackie Walorski (R-IN 2nd District) is on the “whip team” for USMCA, whipping votes for the agreement. She told a crowd at the Indiana Ag Policy Summit in Indianapolis on Tuesday that if/when USMCA hits the floor, she is confident it has enough bipartisan support to pass.

“September 9, the day we get back, I hope we vote for it.  It couldn’t come a day sooner for me. It’s like, ‘Bring it down and let’s move on,’ because the process of moving on is just as important as a process of voting this thing through because there’s other things in line here. There’s the agreement with China and having those talks and getting these retaliatory tariffs off. There’s a lot in the pipeline here but, certainly, to unclog the pipeline USMCA has to pass.”

Walorski says unclogging that pipeline comes down to one person and one person alone- Speaker of the House Nancy Pelosi. She’s the only person in the country who knows when USMCA will come down for a vote. Walorski’s charge to farmers, supporters of agriculture, and supporters of USMCA is to reach out directly to Pelosi.

“Every American can write to the Speaker of the House. She was elected to serve the whole country. We ought to take the opportunity if we haven’t, as a person or a group, call the Speaker of the House, call the phone number and just register that you want the USMCA to come down for a vote, very polite and very factual. That’s how we move things in this country. We put pressure, we weigh in at the grassroots level, and it makes a difference.”

You can reach Pelosi by calling the United States Capitol switchboard at (202) 224-3121. You can also email her here.

The Ag Policy Summit was hosted by the Indiana Soybean Alliance and Indiana Corn Growers Association. The organizations presented Walorski with their prestigious “Friend of Farmers” award because of her work on behalf of Hoosier farmers in DC since she took office in 2013. 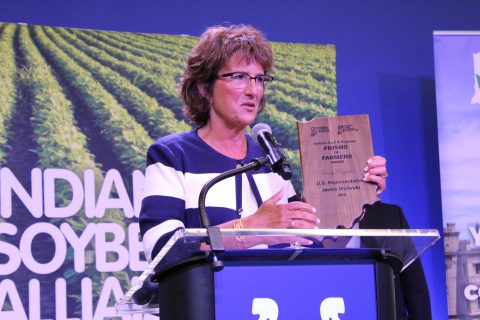 “So often the backbone of the economy, the family farmer, gets just overlooked and people just assume that things are always going to be great. Well, this has been a tough year. It’s been a tough couple of years, and I’m doing what I’m doing because I’m committed to them. For them to reach back and to do this award, I really am honored…I’m very, very grateful that they consider me worthy of their award.”