USDA to Ensure All Have Equal Access to Crop Reports

The August World Agricultural Supply and Demand Estimates (WASDE) report will be released from USDA at noon today and market volatility is sure to follow, as it does after the release of each report. But Ag Secretary Sonny Perdue has changed the rules as to how that report gets disseminated beginning this month. USDA believes that some traders have benefited from having access to information earlier than others.

These reports are prepared under special “lockup” conditions at USDA with no electronic devices permitted. Some media outlets were provided the report at 10:30 and had 90 minutes to write their story to be released at noon. But beginning this month, that will no longer be the case. Hoosier Ag Today Market Analyst Mike Silver from Kokomo Grain will be attending the lockup for the release of the report today. 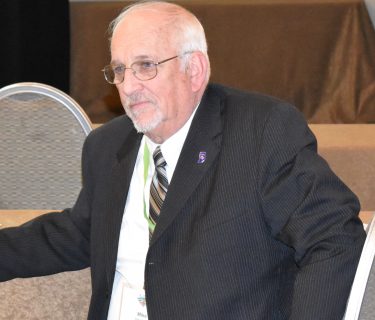 “It gave some market participants a little bit of a competitive advantage. Also, there were some data releases milliseconds before the noon general public release that enabled the high frequency trading systems to pick up that data and make some trades before the general public knew the numbers.”

And USDA says there is evidence to suggest that significant trading activity worth millions of dollars happens in those two seconds.  That’s why Perdue says he will “level the playing field” and allow journalists the same access to these reports as the general public instead of allowing them 90 minutes to whittle the reports to their clients’ needs so they can get that head start.

Silver adds, “It’s going to be interesting to watch now when we hit high noon to see the differences in the market volatility as compared to some of the previous reports where we saw fractions of minutes ahead of time some pretty volatile trade before everybody else knew what was going on.”

Hoosier Ag Today will provide live coverage of the Purdue University analysis of the crop report from the Indiana State Fair. Like us on Facebook to find the live stream at 1:30pm Friday.