As African Swine Fever (ASF) continues to deteriorate the hog herd in China and throughout Asia and Europe, many here in the US believe that it’s a matter of when, not if, ASF makes its way here. Dr. Scott Dee with Pipestone Veterinary Services, a presenter at last week’s Midwest Pork Conference held in Danville, IN, disagrees. 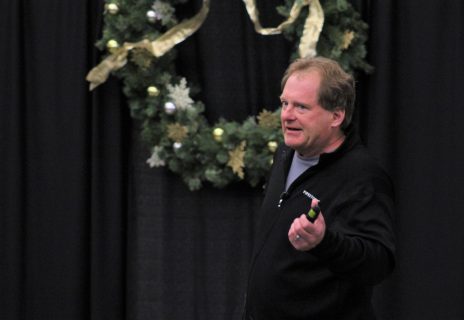 “I don’t think so. I think with the things that are happening at the customs and border protection with more beagle dogs, I think the more awareness that people have and the biosecurity levels at their farm, and then the research we’ve conducted on the risk of feed, that’s being evaluated now as another potential avenue of the virus, we’re doing some things to reduce that risk. So, I think we’re going to keep it out.”

The research Dee referenced is being conducted to find out how well ASF, and other foreign animal diseases, can survive on a 30 to 37-day trek across the ocean from Asia or Eastern Europe to the US. The laboratory test, where they can simulate weather and movement conditions over land and sea, showed that soy-based products, for some reason, protect the virus and allow it to live longer.

Dee believes, based on the research, that the US government should intervene and disallow soy-based products from China to eliminate that risk.

“The grains in China are harvested and they’re put on the ground. They’re allowed to get contaminated, accidentally, just from the environment, and those are the ingredients I think we really have to worry about. I think the government would be helpful if we could possibly stop that.”

Dee added that it wouldn’t be hard to do.

Dee reiterated that preventative biosecurity measures on the farm are key to preventing any foreign animal disease. He believes that an ASF vaccine is still “years away”.