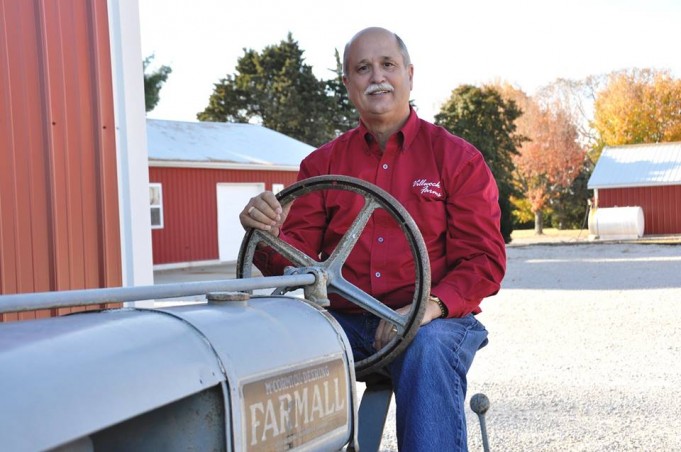 Indiana Farm Bureau President Don Villwock has announced he will step down at the end of this year. During his tenure, he has been a major force in shaping Indiana and national ag policy and has been a powerful and effective spokesman for the farmers of Indiana. He is, by his own admission, first and foremost a farmer. Villwock farms 4,000 acres of corn, soybeans, seed soybeans, and seed wheat in Knox County. He has served as IFB president since 2002. Villwock served in many capacities with Farm Bureau prior to his election as president, including vice president, District 7 director, Knox County president, State Young Farmer Committee chairman, and Feed Grains Committee chairman. He has served on the Farm Bill Task Force and the Farm Credit Task Force. At the national level, Villwock is a member of the American Farm Bureau board of directors and a member of the executive committee. He is the National Vice President of the Farm Bureau Bank, American Agricultural Insurance Company, and AFBIS. In January 2004, he was appointed to the AFBF Trade Advisory Committee. In June 2003, he was elected chairman of the board of trustees of the Farm Foundation. He is a member of the 25 x 25 Ag Energy Working Group, a national task force promoting the use of renewable fuels.

A 1972 graduate of Purdue University with a degree in agricultural economics, Villwock was appointed by President Bush to serve as state executive director of the Agricultural Stabilization and Conservation Service from 1989 to 1993. He also served as state agricultural liaison for U.S. Sen. Richard Lugar. Villwock was appointed to the national Commission on 21st Century Production Agriculture in 1997. Other leadership positions and awards include Purdue Distinguished Agricultural Alumnus, Certificate of Distinction from Purdue Ag Alumni Association, past president of the Purdue Ag Alumni Association, Prairie Farmer Master Farmer, Friend of Extension, 33rd degree Scottish Rite Mason. He was named a Sagamore of the Wabash by Indiana’s governor and also holds an Honorary Doctorate from Vincennes University.