Stocks of ethanol stood at 20.4 million barrels. That is a 3.6% decrease from last week and an eight-week low.

Imports of ethanol were nonexistent for the third straight week.

Expressed as a percentage of daily gasoline demand, daily ethanol production was 10.19%. 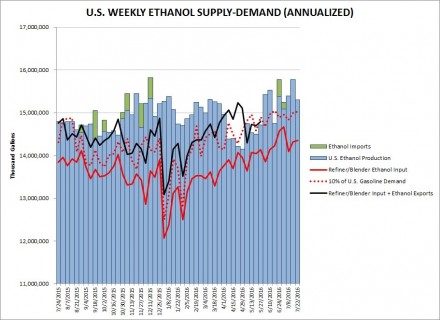