Stocks of ethanol stood at 20.5 million barrels. That is a 0.7% decrease from last week and represents 21.6 days of supply based on current usage rates.Imports of ethanol were zero b/d, down from 36,000 b/d last week. 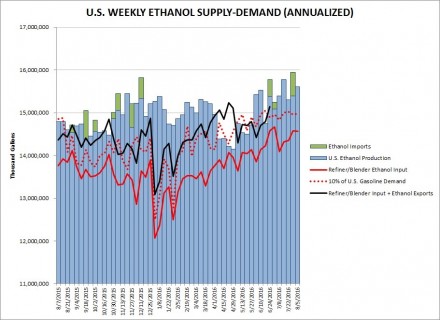