Expressed as a percentage of daily gasoline demand, daily ethanol production was 10.54%. 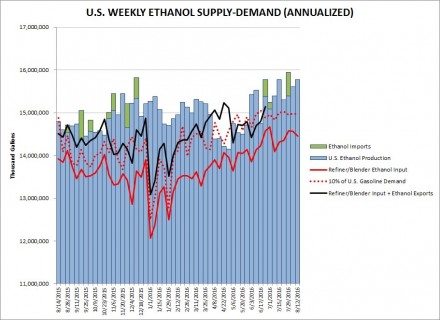