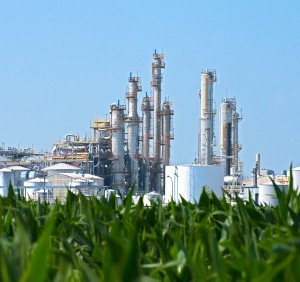 Stocks of ethanol stood at 18.6 million barrels. That is a 0.2% increase from last week.

Imports of ethanol were zero b/d for the 17th straight week and the 32nd out of 33 weeks.

Expressed as a percentage of daily gasoline demand, daily ethanol production was 9.94%, the third week in a row below 10%.

On the co-products side, ethanol producers were using 14.632 million bushels of corn to produce ethanol and 107,047 metric tons of livestock feed, 95,363 metric tons of which were distillers grains. The rest is comprised of corn gluten feed and corn gluten meal. Additionally, ethanol producers were providing 5.68 million pounds of corn distillers oil daily.