Stocks of ethanol were 22.8 million barrels. That is a sizeable 4.2% decrease from last week and the largest weekly draw since mid-August 2014.

There were zero imports recorded for the 16th week in a row. 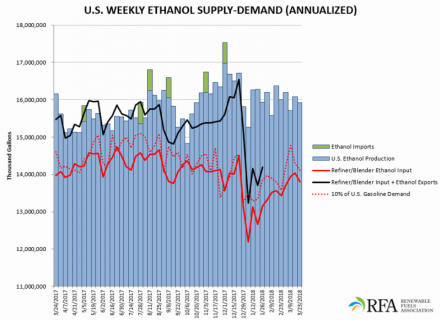