Senator Young Weighs in on Trade with China 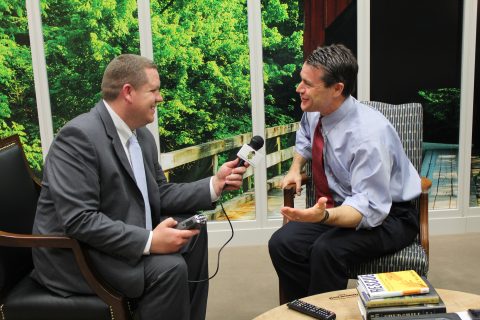 Most of the talk recently has been about Mexico and passage of USMCA, but a trade deal with China also remains elusive. President Trump threatened to increase tariffs on China again if Chinese President Xi decides to not show up to the G-20 Summit in Japan later this month to meet with him.

I caught up recently with Indiana Senator Todd Young and got his thoughts on the trade war with China. He believes we could be going about this a bit differently.

“I’ve already said publicly, I’ve been saying this now for a couple of years, that I think a multi-lateral approach, bringing together the world’s largest economies, to collectively apply our leverage against the Chinese would be more effective than a unilateral negotiation which is what we’re currently involved in.”

He told me that he does feel the tariffs are merited in the short-term, but it’s not a long-term solution.

“I hear so many people plaintively, understandably, saying, ‘What is the plan? What exactly is our policy with respect to trade?’ That’s a fair question. That’s not a question that is ever really asked with respect to our national security strategy that deals with military and diplomatic power because we actually have a written plan.”

Young introduced legislation last year that would create a written plan for trade. He believes it would be good for not just this administration, but future ones as well. And it would send a clear message to countries like China.

“If you steal our intellectual property, if you prevent our companies from doing business in your country, if you dump commodities in the United States of America, here’s precisely what’s going to happen to you.”

The legislation died in the Senate last year.