Who’s Minding the Store is a classic comedy movie starring Jerry Lewis. It is also a question that many in agriculture are asking about the USDA. The lack of quick and decisive action on picking a new Secretary of Agriculture by the Trump administration has given rise to charges that agriculture is not a high priority for the incoming president. While this may or may not be true, the fact that this was the last cabinet post to be filled has raised concerns and will produce some challenges for the new nominee.

A long line of potential candidates has made the trek to Trump Tower, and all have remained silent after their visits.  Many thought the announcement would come during the annual meeting of the American Farm Bureau Federation in Phoenix. While this would have made a major splash in the farm community and would have generated lots of press since many members of the farm media were on hand, the Trump team has proven they like to do things differently and their decision to pass up this event should not be construed as anything negative.

This past week, a Trump transition team member said that an announcement will be made soon, stating that “The future growth of the U.S. agriculture sector is of critical importance to President-elect Trump” is a reason for the lengthy selection process to find the right candidate. This comment came as a response to a rather cheeky and unprofessional accusation by outgoing Secretary Tom Vilsack. Speaking to the Wall Street Journal, he said the absence of an agriculture secretary nominee so late in the cabinet-selection process reflects a “lack of appreciation” for what the Department of Agriculture does.

In an off the record conversation I had with someone I will classify as a Washington insider, the claim was made that there are those within the President elect’s team that see agriculture as “2nd tier.”  Thus, picking a new ag secretary is not a top priority. Yet, what administration recently has made agriculture a top priority?

Whenever the choice is made and whomever is picked, that person will need to grab the bull by the horns. American farmers and the agriculture industry in general need a strong voice at USDA – a voice that can articulate the needs and concerns of agriculture both within the administration and without.  One of the reasons farmers and rural Americans voted overwhelmingly for Donald Trump is because they felt their voice was not being heard in Washington. The next ag secretary needs to solve that problem.

There are many in the national media and on the left end of the political spectrum who are working overtime to discredit Donald Trump and delegitimize the election results. Agriculture is one sector where the new administration could find solid support. It will, however, need to show a willingness to address and articulate the issues vital to agriculture. 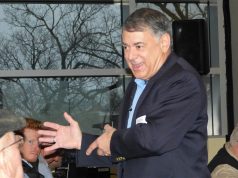