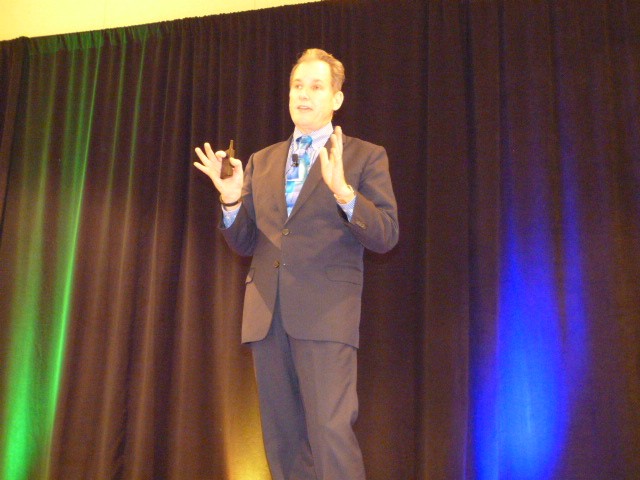 Why consumers don’t trust the people who produce their food was the topic of a program at last week’s Agribusiness Council of Indiana annual meeting. The Center for Food Integrity conducts comprehensive research on consumer attitudes about food and the people who produce it. Terry Fleck, with CFI, said their research shows that there is a good deal of skepticism and mistrust among today’s consumers about food, “Today’s consumer is generationally removed from the farm and geographically removed from food production, so they have a lot of questions.”  He noted that our society has become very mistrustful of institutions and that young people in particular are very skeptical about anything they see as large and industrial, such as the food production system.

Fleck, formerly with Indiana Pork, said transparency is one way to overcome this mistrust. But he stressed this does not mean opening your farm to visitors or spending millions of dollars on advertising, “Farmers must be themselves. They need to communicate their values and their story.  We don’t need a lot of science, just tell people what you do and why.”  For example, he says producers just need to tell how they have compassion for their animals or, if they use GM technology, why they use it and how it benefits the environment.

He added the research shows that food safety and affordability are the top concerns with consumers. He noted that farmers are doing a better job of reaching out and connecting with consumers, “More and more farmers have blogs — and not just the young ones.” He said even photos on social media channels like Instagram can help tell the story. He stressed that agriculture must not be afraid an answer questions and acknowledged that many consumers will come to the conversation with a skeptical attitude, “But they are really open-minded and willing to listen.”

You can find a link to the research at our web site.