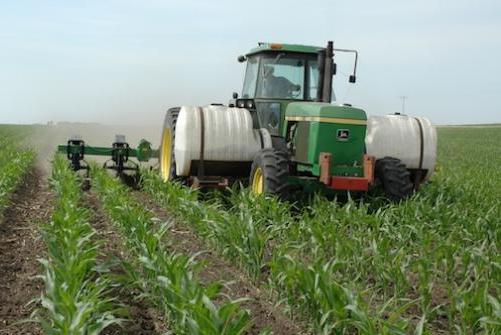 According to Kent Kaiser, executive director of the Trade Alliance to Promote Prosperity, Mosiac owns the majority of phosphate mines in the U.S. Kaiser believes this is to create a monopoly of sorts.

“If there are tariffs on the phosphates coming in from other countries, that will drive up the price,” he said. “Unfortunately that means farmers would have higher cost of fertilizer.”

Phosphates are used on approximately 60 percent of cropland in the country. By Kaiser’s estimates, farmers would pay $480 to $640 million in additional costs to farmers. That would have trickle down effects.

“The impact is broad in terms of geography and in terms of the end products that would be impacted,” said Kaiser. “We really believe these tariffs are a bad idea.”

As a result, No On Farm Tax was organized. Kaiser said the goal is to stop the investigation into Morocco and Russia not only for farmers and consumers, but for international trade relations.

“These kinds of trading partnerships we have with Russia and Morocco are good for our country,” he said. “Maybe people think if Russia is involved it must be bad. This is an import from Russia that’s actually helping us. Most of the phosphates reserves in the world are in Morocco. Our trade agreement with Morocco goes back to 1786—it’s the longest unbroken agreement the U.S. has.”

The DOC should release a preliminary determination this week. Kaiser said farmers can have an impact and voice their concerns directly to the White House by calling 202.456.1414.