Will Farmers Get Round 3 of MFP? Perdue Says ‘Interesting Question’ 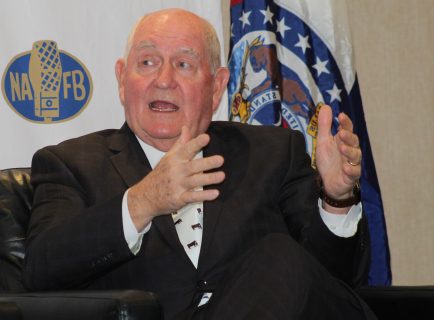 The second round of Market Facilitation Payments could begin hitting mailboxes this week. Ag Secretary Sonny Perdue made the announcement on Friday. This first payment received was 50% of the total MFP payment to producers. This next payment will be half of that.

Many farmers have already asked that question as the trade dispute with China lingers on and the status of a phase one trade deal changes daily (and likely will until it’s actually signed). Perdue says another interesting question is, “If we get a trade deal, what is the expectation from the producer community over that and what’s the expectation from 2020?”

For Perdue, “I personally don’t want us to get entitled for other Market Facilitation payments. I think farmers said from the very beginning, and I believe them, they’d rather have trade than aid, and I hope we get trade. So, I’m hoping to get a deal, a trade deal, that moves the markets in a very positive way.”

If realized, Perdue says that the numbers they are discussing with China would classify this as a major trade deal.

As for Perdue’s confidence level that a deal gets done? He says he’s hopeful but wouldn’t say he’s optimistic yet. Though, he did joke, that if this deal happens, he might just have to return to farming.