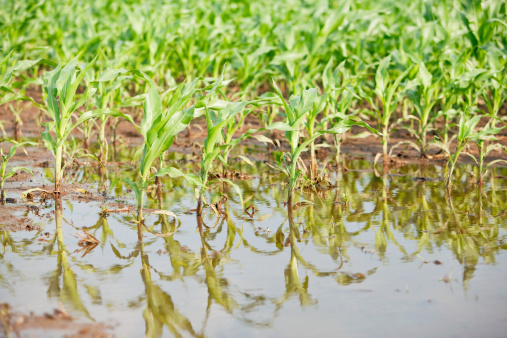 Rains again in recent days have put a halt to any additional Indiana planting that needs to be done, and the word saturated can be assigned to many parts of the state. Hoosier Ag Today meteorologist Ryan Martin says a sustained drying out period is not likely.

“We picked up two solid rain hits over the northern half of the state that were good for about an inch to two inches apiece. So we’ve got soil saturation levels near their peak over the northern half, a couple of inches there, and we still picked up anywhere from half to one and a half to two inches down in the southern part of the state too. We’re pretty saturated north to south and really could do with a week to nine days of dry weather helping us out. Unfortunately I don’t think we’re going to get it.”

But for most of the crops that are in the ground Martin says the excess rain for now shouldn’t be posing a problem. 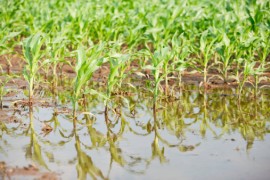 “Now I may have some agronomists that call me up and want to argue with me on that. I have talked with some folks who are saying my beans are a little yellow, and granted, I know they are. The thing is we had corn in this exact same scenario over a good chunk of the state about 2-3 weeks ago, so I don’t think this is a major concern. Yes, it’s wet, the profile is full of water but you’ve got to go with the old adage that rain makes grain. As long as we don’t come in here and steam the bean plants with heat, which I don’t think we will, you’ve got to look at this moisture in the grand scheme of things as being positive. I’d much rather have a little bit too much water than not enough.”

USDA says there is still 11 percent of the Indiana soybean crop left to plant. Will those farmers be playing the prevented plant card before long?

“I definitely think so,” Martin said, and he looks toward rain patterns to make that assessment. Those patterns indicate the possibility of no more planting opportunities until near the end of the month.”